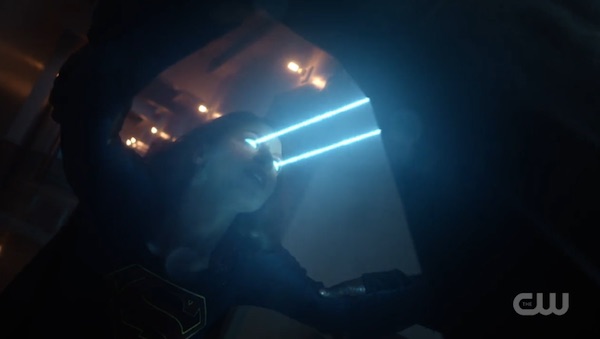 The Guardian goes from celebrated new hero to wanted vigilante when another masked figure inadvertently frames him for murder and assault.  Kara and Mon-El are held hostage by Cadmus in order to secure Kara’s blood for an unknown purpose.  Alex confronts Maggie about her feelings and her disappointment.  J’onn is suffering from uncontrollable shakes and hallucinations after M’gann’s transfusion, which leads to the reveal of her real nature.

We are back on track!  While I enjoyed the episode last week, it felt a bit disjointed and wild.  This week was wild in a good way.  We got wonderful performances from every cast member, which is rare for this show.  The story was well paced, and we didn’t spend a whole season wondering if Lillian Luthor and Kara would ever cross paths.  We also got an answer to the Jeremiah question, which of course only led to more questions.  The reveal that part of the genocide effort of the Green Martians was to turn them into White Martians makes me wonder what is in store for our lovable J’onn, who is rapidly decompensating under the effects of M’gann’s blood.

This episode was absolutely fantastic and so much fun!  It was a definite improvement from last week.  Everyone gave fantastic performances.  I felt the emotion from everyone.  I thought they took Kara’s blood to clone her, and am glad that we didn’t revisit that well (we already had a Bizarro episode last season). I am genuinely curious as to what Medusa is. Next week we get the four night crossover, and it looks like a lot of fun, so we will probably get a small break from the advancement of the storylines here.