Supergirl Season 1 Episode 5: How Does She Do It? 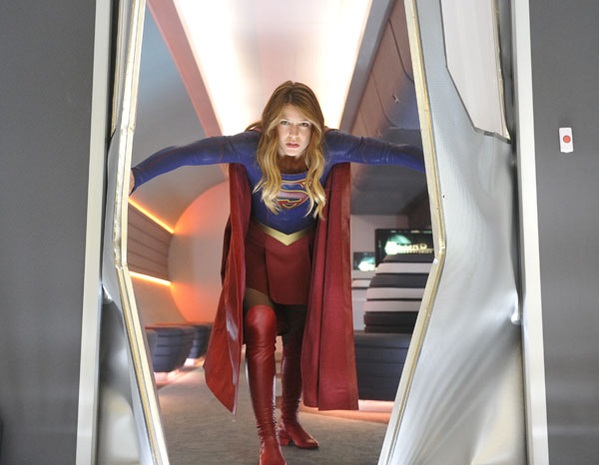 I have been enjoying this show this season so far.  I was worried when they decided to reorder episodes 4 and 5 out of respect for the Paris Bombings.  I did not have a problem with the reordering, but I was worried that airing the episodes out of order would be problematic.

I was right to worry.

I am sure there are many who enjoyed this episode.  I am not one of them.  I really liked the Livewire episode.  I felt like we were getting some momentum with the series.  We got a glimpse into the Danvers family past, and the episode started to build the arc introduced in episode 2 with Hank Henshaw being more than meets the eye. 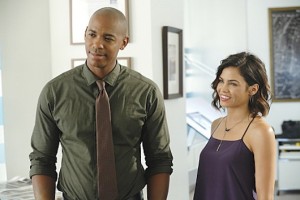 This episode was apparently designed to do one thing: reunite Lucy and Jimmy.  The title, How Does She Do It, was a play on the working woman trying to juggle everything-career, family (even if it is someone else's) and, in Kara's case, a superhero alter ego.  Cat leaves the office to Jimmy while she heads out of town, and Kara asks to babysit Cat's son Carter for her.  Kara is also trying to help the DEO figure out who is sending drones to spy on her while investigating a series of bombings throughout the series.  Their investigation leads them to the insufferable Maxwell Lord, who appears to be the target of the bombings by a disgruntled former employee.  Kara also starts to distance herself from Jimmy since his Lucy is back in town and she senses there is unfinished business between the two of them.  As it turns out she is right-Lucy left Jimmy because of his involvement with Superman, feeling that he prioritized that over their relationship.  Lucy also decides to share with the virtual stranger that is Kara that she is worried and insecure that now that Jimmy is in town with a new Kryptonian in a skirt, she might really be in trouble.  Kara, for whatever reason, decides to help this virtual stranger that is Lucy, and Jimmy, who she likes more than a friend, to reunite.

At this point I would list what I saw as episode highs and lows, but I have to be honest here, I couldn't find any.  I spent the entire episode thinking "I don't care about any of this."  This episode could have easily been dropped altogether without any real consequence.  The audience would have figured out that while Jimmy mentioned that Lucy was his ex in episode three, they decided to get back together.  We already knew that Maxwell Lord had his eye on super powered beings, and thus was going to be testing Supergirl in some manner.  Kara, following her first run-in with one of the bombs, sees Hank with his red glowing eyes in her half conscious state-but does nothing with it.  She doesn't mention it to her sister, or anyone.  It's like it didn't happen for her.  We the audience did not need to see it because...oh yeah, we saw it two episodes ago.  It doesn't make sense that she wouldn't mention it to her sister. 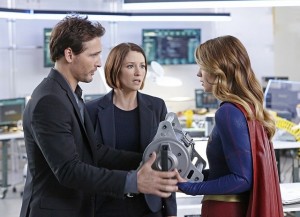 Kara juggling work, love life, and superhero life was not a storyline we needed.  It felt a bit like pandering to what they assume is a heavily female audience.  It felt a bit condescending to be honest.  She is an alien who is facing an entire prison of superpowered aliens led by her sociopathic aunt on a planet who isn't quite on board with her being their next hero.  Unbeknownst to her, she is also being tracked by Hank Henshaw, a superpowered being himself hidden within the upper ranks of the very organization designed to track and monitor superpowered beings.  How to be the girl who does it all was not a storyline that was needed and it didn't advance the more interesting storylines they were trying to set up with the series.

As I reflect on this, had this episode aired in order, I would have been just as irritated with it as I am now in the wake of Livewire.  This was truly a throwaway episode and not needed.

I am looking forward to the next episode, which will pick up where Livewire left off in terms of Kara and Alex following the threads of the DEO's involvement in their father's disappearance and death.  This episode of Supergirl can and should be skipped.