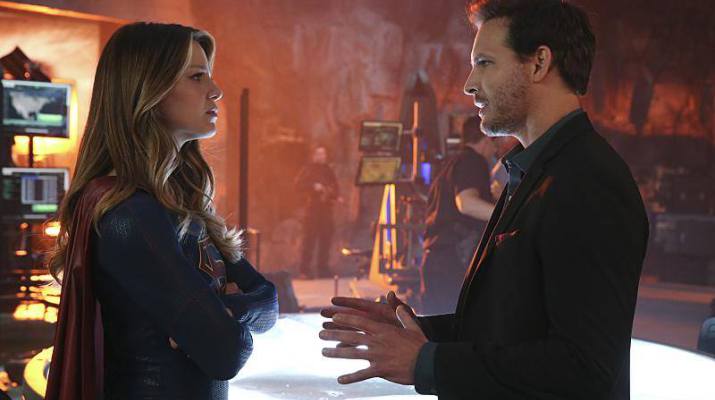 There is no other way to begin this review.  I can’t be lighthearted or use fun song titles as intros, because this episode turned out to be easily the most disappointing, disjointed, and ridiculous episode this season. 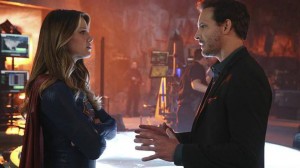 I am seriously disappointed.  The penultimate episode of the season set us up for a showdown that should have been epic and a season conclusion that should have been satisfying.  Instead, we got an episode where it seemed no one really cared about the mythology of anyone with the word “Super” in front of their name from a Kryptonian bloodline.  We got a contrived solution to the human computer zombies Non created with Myriad.  We got Alex doing Alex shit that we’ve all agreed is problematic and unnecessary.  We got the biggest red herring in the history of red herrings-of course Alex will save Kara in the end, because the series has spent this entire season showing Kara can’t do shit without anyone around to haul her ass from the fire.  We get the waste of a season’s worth of chemistry and buildup with the emptiest kiss ever between Jimmy and Kara.  We get Kara promoted to some mystery job in a windowless room with no venting system all because she was really good at getting Cat lattes-except we already established episodes ago that Kara is actually a terrible employee.

How do you write a show where Supergirl can’t breathe in space?  Who does that?  Superman has been breathing in space for decades.  How is it all of a sudden she can’t?  She’s from the same bloodline!  Let’s argue that there was an explosion that knocked her out-she’s exposed most directly without the filter of the earth’s atmosphere to the sun-she should be able to make her way home.  It should not take her wack ass sister piloting a Kryptonian vessel that we haven’t even established is still space worthy to bring her home.  It was the worst way to end the season about a superhero.  If she always needs humanity to save her, then what is the point of her?  Seriously?

Breaking Myriad using…a motivational speech?  This show actually did that.  Along with the House of El symbol.  I would have bought it had Max come up with a counter signal that he piped through using her symbol. They didn’t do that, because Mama Danvers used an inspirational speech and the power of love to break Alex from her Kryptonite fueled killing spree.   Then Kara sat in front of the television like, as a fellow show watcher stated, “an alien Walter Cronkite,” preaching hope to the masses, and the power of her love freed them.

I have been rooting for Jimmy and Kara to get together since day 1 because the on screen chemistry between them was through the roof.  That kiss two weeks ago was awkward and uncomfortable, but you could argue it was because he was under mind control (which they tossed a disgusting joke at regarding consent this episode).  Now when given a chance to do it over again and better, it fails spectacularly.   Her lips are a little higher on her face Jimmy.  I’ve come to the conclusion that Mehcad is a shitty kisser.  Melissa’s chin didn’t stand a chance. 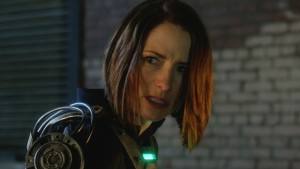 I could go on and on about how terrible this episode was piece by piece but why?  The bigger issue is this:  the show has struggled to find its footing in part because the powers that be seem unwilling or unable to dedicate the time, energy, and focus to it that it deserves.  The showrunners spoke of it with great enthusiasm, yet it appears they didn’t put the effort into making sure it was seamless and consistent.  They stated it doesn’t exist in a universe with current DC canon, but then failed to create sensible canon of its own.  I find it so hard to believe that the individuals who brought us the near flawless freshman season of The Flash gave us this.  Stagnant characters.  Boring characters.  Infuriating characters.  Useless characters.  Characters with great potential that they squandered.  Storylines that forgot themselves or made no sense whatsoever.

We had a chance to have a series helmed by a female superhero with an opportunity for growth and a great new addition to the small screen DC universe.  Instead we got what frankly felt like a half-hearted effort, a throwback to the writing and storytelling of the late 1980s.  I forgave Star Trek: The Next Generation for two seasons of mess because it showed potential, gave me interesting characters even if they existed in weak storylines, and promised to deliver.  I also forgave it because it was on during a time where cable packages were not standard in homes and you had four channels to choose from, so you took what you could get.  I cannot argue the same for Supergirl.  We have potential in characters, but they never follow through on it.  And to have your female protagonist to be the most ineffective person on the show with no signs of that changing as evidenced by the fact that in the end, she has to be saved by her annoying and pointless sister seems to signal that they really don’t know what they are doing.  It’s heartbreaking because Melissa Benoist deserves better.  Mehcad Brooks deserves better.  David Harewood did his best, and his best is excellent, so he damn sure deserves better.  Calista Flockhart, Peter Facinelli and Jeremy Jordan deserve better.

I am furious, but also heartbroken.  It feels like they didn’t try.  It feels like they didn’t care.  In a time where we have witnessed over the last several weeks women characters being expendable, killed off of their own shows for no reason except to advance other characters (read, male characters), it feels like Supergirl is being thrown to the wolves.  I hope I am wrong.  I hope I will be back in the fall to write reviews and they will have cleaned up their act.  For now, not even Kara’s inspirational speech could motivate me to believe.  With the report of the severe drop in ratings, it may not return.  It would be a shame that the negligence of the showrunners led to her demise.  She deserves a chance on the small screen.