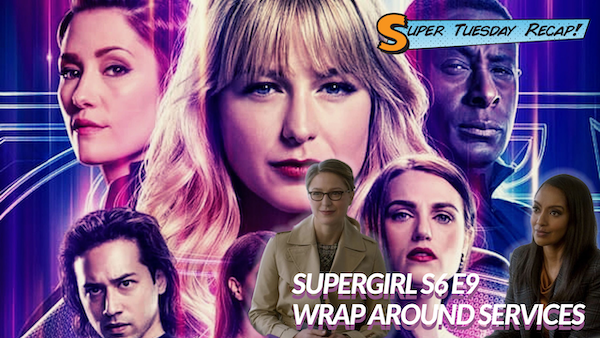 We're back for another Supergirl review! This week, The Doctor and Shanna talk about Kelly Olsen's attempt to offer wrap-around services for the Super Friends. When Kelly visits a group home occupied by some young aliens, she uncovers a larger scandal that relates back to a story Kara covered for CatCo. While Kara is interested in pursuing the story, Andrea is still pressuring her and William to write TMZ style puff pieces on Supergirl and her crew.

This episode actually touches on some great issues (prison corruption, child abuse, and journalistic integrity) which more than makes up for some truly ridiculous decisions that Nia makes in her attempts to reunite with her mom. Let us know what you thought about this episode and send in feedback we'll read it next week on the show.