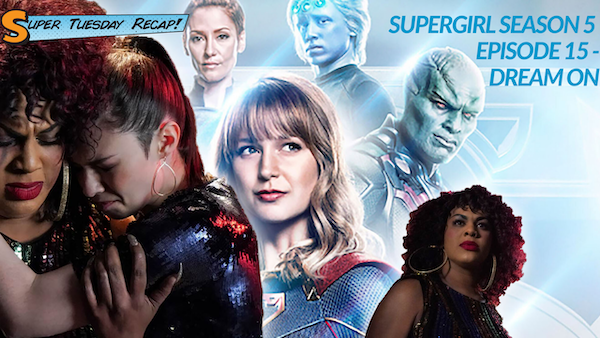 This week's episode hit really hard.  In the ongoing tradition of addressing societal issues, this week's episode addressed the violence and hate experienced by members of the Transgender community, and Nicole Maines shines as she portrays the vast array of emotions that comes from supporting victims, seeking justice, and questioning her own worth.  Alex continues to deal with her insecurity, a storyline that we aren't the biggest fans of given that they seem to have her only focusing on her ability as a law enforcement officer, ignoring the fact that she's an accomplished medical professional as well.  Finally, Leviathan is up to no good-but how will this play out?

And oh yeah, they killed off Papa Danvers but since Dean Cain is trash...WE PARTIED!!!