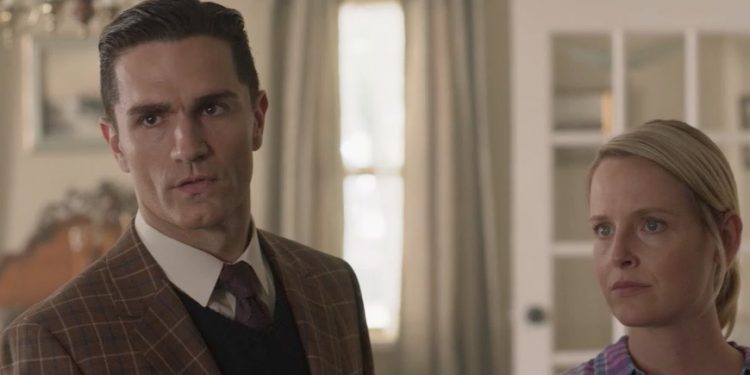 Supergirl continues to weave the reality of our society into a powerful narrative that is eye opening and sobering.

This week's episode is set in the backdrop of the lead dispersal weapon being used to seed the planet with Kryptonite.  While Kara fights for her life back at the DEO, we see in two years worth of flashbacks how Professor Lockwood became Agent Liberty.  Starting off as someone who tried to preach tolerance of alien life on the planet, his father's rhetoric, combined with the changes the arrival of extra terrestrial life and materials caused in his family's fortune, turns him into a virulent xenophobic murderer.  It also shows that while we often root for our heroes, they can be completely tone deaf and indifferent to the impact of their fight for justice and world peace on the common citizen.

Be forewarned-this is a difficult watch.  It hits very close to home with the rise in fascism and virulent bigotry we are seeing in America today.  Some may make the mistake of believing this episode paints a sympathetic picture of those who resort to hate-it doesn't.  It paints a realistic one, showing how even small actions, combined with a feeling of helplessness, causes the true nature of an individual to rise to the surface.

Supergirl continues to weave the reality of our society into a powerful narrative that is eye opening and sobering.