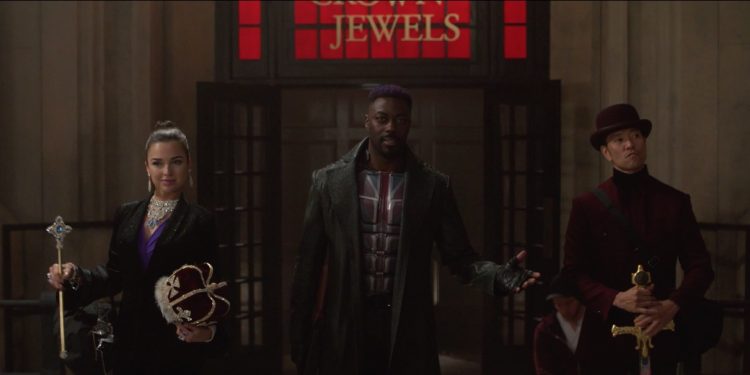 We got all the faves back this week!  Ben Lockwood reminds folks that even though he's a professor what you will NOT do is think you can come for his throne.  Ben basically told the wannabe usurpers to put some respect on his name.  It's interesting watching Ben navigating what conferred legitimacy means to a grassroots movement, even if it is steeped in bigotry and exclusiveness.  Kara and the Superfriends (Brainy, Nia as Dreamer, and J'onn) take on Manchester and the Elite (Menagerie, Hat, and a Morae) in a battle that causes Kara to question her alliances, her allegiances, and her approach to crime fighting.  The best thing about Manchester is that even if you disagree with his methods, you have to admit underneath all of that his cause is one of righteousness-he's trying to protect those who are being victimized.  Clearly, Kara had to make a tough choice in this episode, but it also caused her to get Alex on board by appealing to her true nature.  We also discuss whether or not Haley can be redeemed after the terrible start the show gave her, and James vs. Lena in the ethics of granting powers to humans under a government contract.