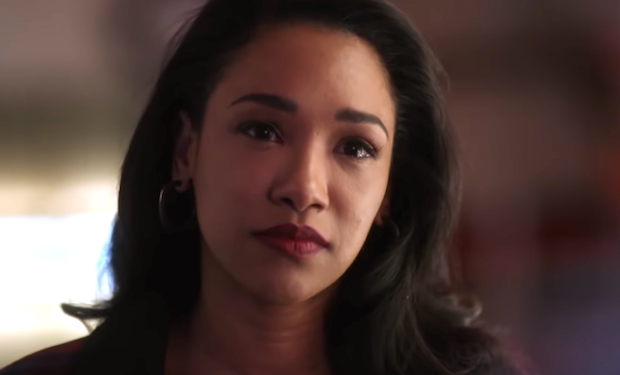 Fine. Since no one else will do it, Kriss will be the bad guy here: Iris is wrong as hell this episode. Eobard Thawne is the master manipulator that has been one step ahead of Team Flash since the beginning. The fact that he's gotten to Nora should have Iris way more worried than she is. And telling Barry that it doesn't bother her as much, even though Thawne killed Barry's mom (In front of no less than 3 versions of himself)...oh man...Barry is a better person than all of us.

But all seriousness, the argument/discussion between Iris and Barry at the beginning of this episode is so good. There are legit points on both sides and both are making decisions based on emotions. But that's why Grant Gustin and Candice Patton work so well together a Barry and Iris because they sells us the audience on it so well.