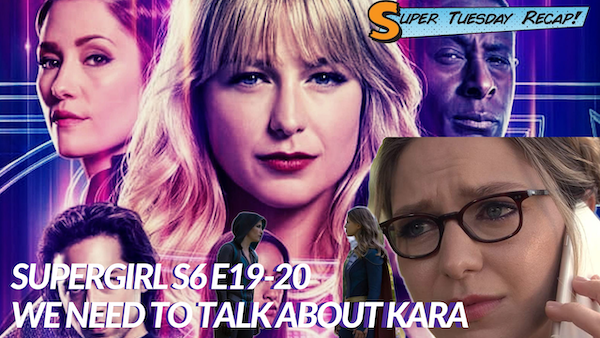 It's a good thing we didn't get to these final two episodes until December because we can say "You sit on a throne of lies". Y'all this finale was not good. The final two episodes of Supergirl do not pay off any of the arcs they've been building on instead choosing to conveniently wrap up Nxyly and the arduous search for the totems in the first ten minutes of the finale episode so they can spend the next thirty on an overly long wedding scene that could have been a montage. And in spite of the show being called Supergirl, the person who really carried these last two episodes was tiny little Esme (Mila Jones). We know that baby's back is tired.

Unfortunately, as we predicted, the show seemed unsure of what to do with Kara this season, wrapping up her story with the reveal to the world that Kara Danvers is Supergirl. It's no "I am Ironman" moment, that's for sure. We talk all of this and the many ways we would have closed out this run of Supergirl's final season on this week's podcast.