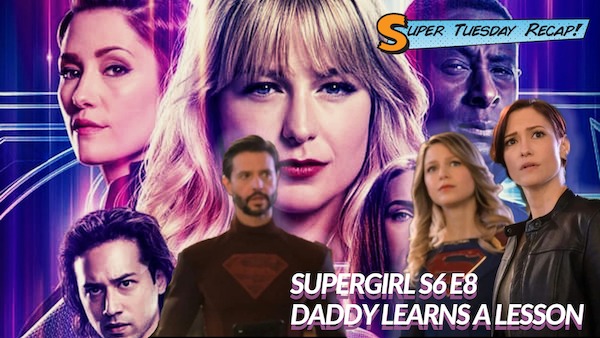 Kara is back in National City (or is she? The jury is still out on that) and she's returned from the Phantom Zone with her father, Zor-El. After years in the Phantom Zone and still riddled with guilt over the death of his home planet, Papa El is determined to make sure that Earth's climate crisis is averted. This is one of those times where even Supergirl's ever-present optimism falls short. Everyone kind of agrees that the climate crisis is a big deal and may require a different skill set than the Super Friends have to offer. But Papa El is insistent that Earth does not follow the path of Krypton so it's the Super Friends vs. Climate Change this week.

Kara is also struggling with her return to her life as a mild-mannered reporter because she's been assigned to look into the Phantom attacks (which were a byproduct of the team trying to rescue her) and she's dealing with PPSD, Post-Phanthom Stress Disorder. It's always great to see shows tackling the trauma of superheroing and Kara has been through a lot recently. Even a "love conquers all" hero like Supergirl has their breaking point.

Listen to more as we talk about trauma, family issues, and the fineness of Papa El on this week's review Supergirl.