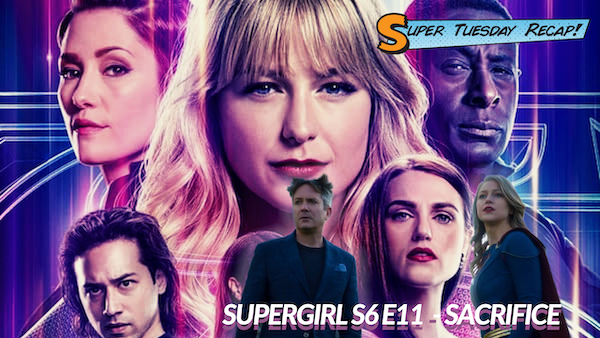 We asked and Supergirl immediately answered. On this week's episode "Mxy in the Middle" we check back in with Lena and the search for her mother's origins. Lena travels to Newfoundland, Canada (which is actually home to a large Irish immigrant enclave) and finds that her mom wasn't the sweet, innocent she'd come to think she was but Lena's mother also isn't the bitch the townspeople think she was.

Instead, she was a witch. That's right. Lena Luthor is the daughter of a witch and it looks like Lena may have a touch of magic inside her as well.

And that's going to be helpful because with Nxyly powered up and Mr. Mxyzptlk back in town, it's going to take magic to fight magic. Because she doesn't know about Nia's part in freeing Nxyly from the dream realm, Kara is blaming herself for the havoc Nxyly is bringing to National City. And while the Super Friends do everything they can to protect Mr. Mxyzptlk without sending Nxyly back to the Phantom Zone, in the end, Mr. Mxyzptlk sacrifices himself to atone for his role in Nyxly's banishment.

We'll see how the rest of the season plays out but we're hoping that Nyxly can switch sides and gain the support of the Super Friends to take down her father and brother who seem like the real bad guys here.