Super Tuesday Recap, Supergirl
By The Doctor and Shanna
234
0
Share: 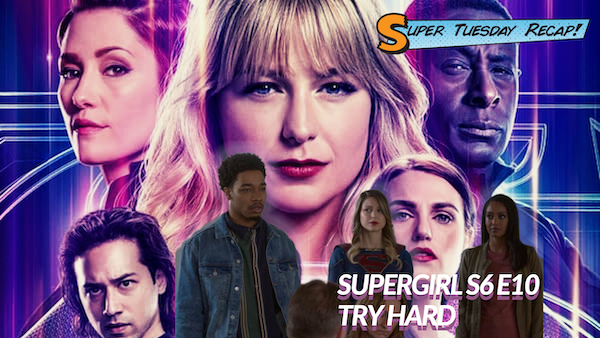 This week, Nia's opened a can of worms, and luckily, her mom lets her know it's not okay. After Nyxly (obviously) screws her over, Nia is reunited with her mom and finally faces the person who's been holding her back ... herself.

Back in National City, Kara and the Super Friends are fighting gentrification. Even though he's out of jail, Orlando can't get Joey out of the group home until he has a steady job and housing, and his housing prospects are tanked after a tech company moves into a project that used to be designated for low-income housing. Kara is determined to use Supergirl's social media cachet to fight this city council but she makes a new enemy in Councilwoman Rankin (Kari Matchett) who was stewarding the project.

While Supergirl has always walked a fine line between real-life politics and superhero tropes, this season some of the character development feels rehashed. Also ... Where. Is. Lena? Nia's story with her mother would have so much more impact opposite Lena's search for her birth mother but Katie McGrath seems to be missing in action. We discuss all that and more on this week's podcast.