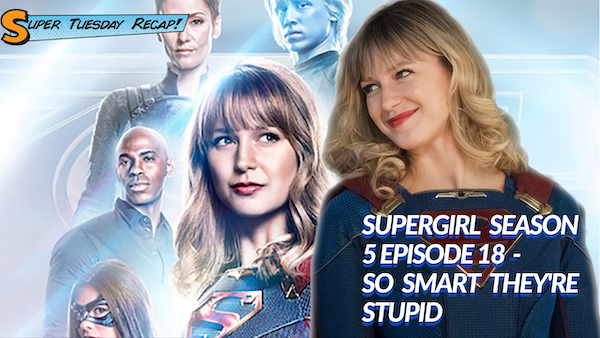 Brainy and Lena are the dumbest smart people in the CW universe.  You both KNOW what Lex was like pre-crisis cause you have your memories-why in the HELL are you still trusting him?  Especially you Lena.  Big dummy.  Brainy and Nia being apart does not work for either of us.  Lena being this dense and stupid is exhausting to watch.   We also came up with a fool proof plan to incorporate Melissa Benoist's pregnancy seamlessly into the show-but it requires that Will comes back next season.