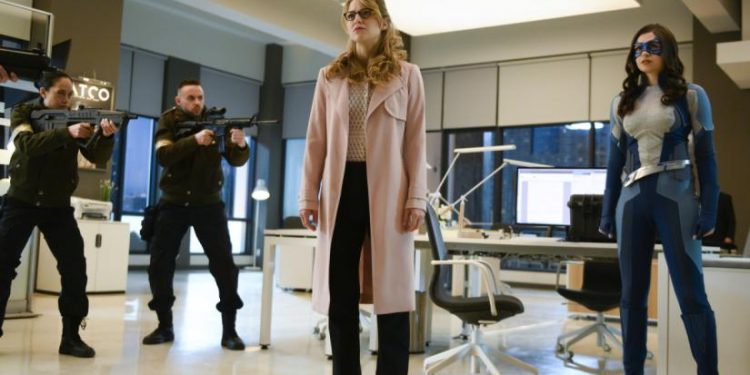 We are back with two episodes this week following our Avengers Endgame and Game of Thrones sorrow fests. For the last two weeks Kara has been on her reporter grind trying to figure out a way to bring down Lex, when she finally comes to the conclusion that her best play is to 1) humanize the aliens who are doing good work in National City and 2) visit her forgotten friend Lena and work together with her to track Lex.  This provides results, but Kara also forgets the first rule of exposing something-making multiple copies and telling EVERYONE WHERE YOU ARE GOING!!!

We also see Lena stabilize the Harrenel in James' system, which aids in a magnificent display of powers very similar o the ones of he Kryptonians, as well as Ben Lockwood making a dumb ass decision to inject himself with the pure form of the stuff after an alien he provokes kills his wife.  The only down side of this batch of episodes was the narrative the show was attempting to spin via Ben Lockwood's son.  The idea that only once a bigot realizes the hate affects someone they know will they change is a trope that is tired and patently proven false in real life.