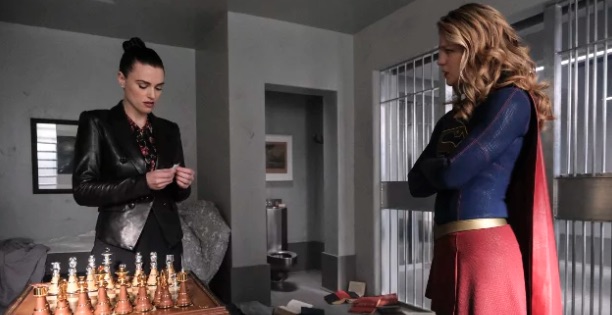 This week Kara learns that sometimes the cape can't get the job done.  She's spent the last few seasons using her Supergirl persona to gain access and earn respect.  In visiting Lex's prison, she learns she can get much farther using her abilities and the earned respect she's garnered as a rising reporter to get information and work to bring Lex down.  We continue to see Ben Lockwood be...well...Ben Lockwood, and Haley is finally given a moment that brings out the empathy in The Doctor and reduces her desire to see Haley dead by maybe...5%?  James continues to work through his PTSD and discovers that something else may be going on with the symptoms he's having.  It was nice to see James using techniques therapists actually use with real patients in dealing with trauma, and allowing him to feel the full emotion of being shot instead of brushing it off the way most television shows do.  We also discuss the future direction for the story arcs and Shanna refuses to edit out a very tone deaf rendition of the Highlander song...sorry in advance!