Super Tuesday Recap: Supergirl 4×21 Review – It All Falls Down 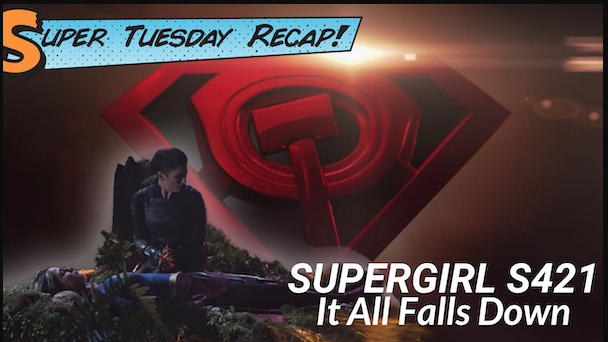 This week the proverbial poo hits the spinning blades this week.  While Kara is able to escape her captivity, it's only to go head to head with Red Daughter and wind up getting the brakes beaten off her.  Surrounding this storyline is Alex rediscovering the memories J'onn erased, potentially triggered by the stress of the adoption falling through and the realization that the adoption was designed to fill a hole she didn't realize existed in her life. Chyler Leigh delivered a masterful and emotional performance, even in the wake of us screaming at the teleivision "THAT IS NOT HOW SUNLIGHT WORKS!"  Meanwhile, Brainiac 5 is unleashed when Brainy, Nia and J'onn go undercover to discover where the captured aliens are being sent and Brainy is tortured.  This causes him to turn on Nia and J'onn and use them as pawns in his plan.  Is this the seeding of next year's big bad? Lockwood learns that much like most of the White men in American government he got his job through manipulation and connections and not any real talent or intelligence of his own.  Finally, Red Daughter pays the ultimate price for trusting Lex.