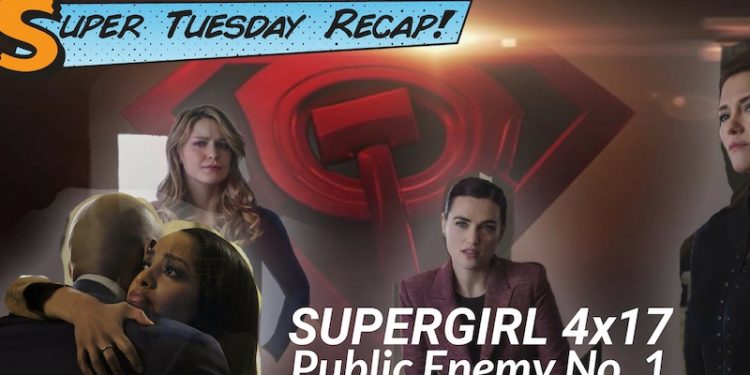 *insert Don LaFontaine's voice here* In a world where Lex Luthor is free, no one is safe from his villainy and cunning.  Kara is framed for attempted murder and destruction of federal property via the use of Red Daughter.  James' mind is blown when it is revealed to him that Lex had a hand in his shooting.  Lena learns to extent of Eve Tessmacher's machinations under Lex's direction.   Lillian learns her son was about to commit matricide.  J'onn...J'onn...

Okay uncue Don's voice here because technically what's going on with J'onn has nothing to do with Lex, but it does bring back our favorite Carl Lumbly as Pappa J'onnz to tell his son to stop being a dumbass and so literal. We are on hiatus until the show returns at the end of the month!