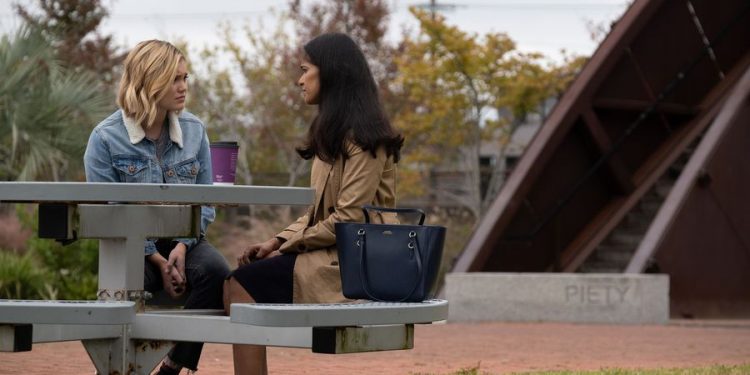 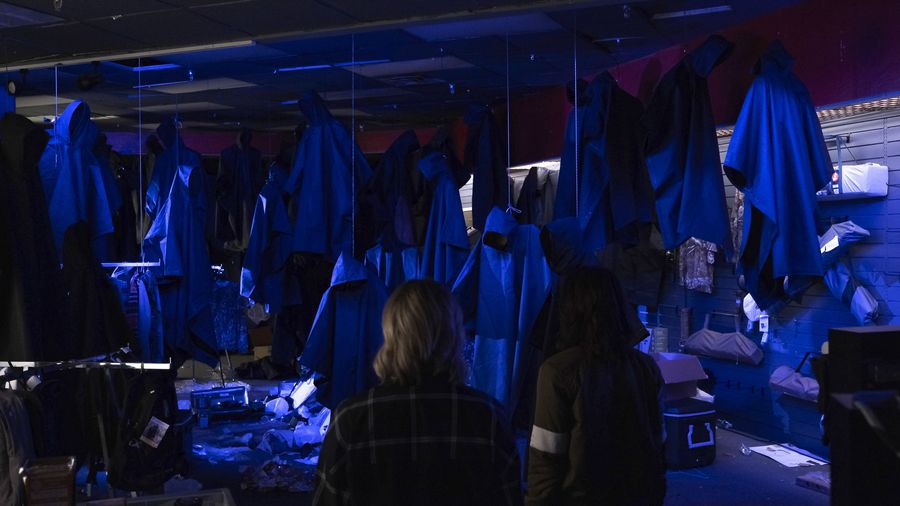 First off, the show is best taken in two episode chunks. Coming off of the two-hour finale, the next two hours, Shadow Selves and Rabbit Hold, are mainly focused on Mayhem and the time between seasons one and two. Mayhem did not recently split from Brigid as we guessed, she's been split for the past eight months. Mayhem holds all of Brigid's anger and ambition as well as her memories up to the split so she's out to find Connors and get revenge for what he did to her and Fuchs. Unfortunately, Connors is currently residing in some dark world that Ty sucked him into. Because she can't find him, Mayhem shifts her focus to finding the missing girls which is where we pick up her story in the present day. She's trying to convince Tandy that they can be partners and Tandy is not too hard to convince since she's been playing the avenging angel role herself.

All of this puts Brigid in an awkward place. She's lost her aggression and her drive for justice. She can't even shoot a gun anymore. We're not sure what the show is trying to say about how Brigid's aggression connects to her ability to get her job done but this meek Brigid is not going to cut it and Mina's experiments on river-dipped rats shows that the meek ones don't survive the aggression of their counterparts. 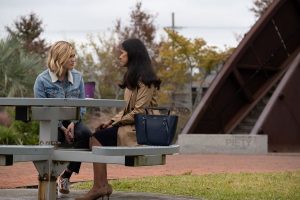 In the next two episodes, Alignment Chart and B Sides, the focus shifts to Tandy. She and Ty find the missing girls but they are unsure who's taken them. And after Tandy discovers that Ty can absorb people into a dark dimension, she goes in after Connors and Mayhem to see what she can find. What she discovers is a lot of crazy metaphors that amount to, Tandy it's time to deal with your shit. In a "record store", she finds records that represent the missing girls. All of them, like Tandy, have experienced trauma and each record represents their despair. When Tandy digs through the crates of her own past, she finds some pretty heartbreaking moments (and some really great music). And the person cataloging all this despair is none other than Andre, with an assist from Lia.

Andre also gained powers in the Roxxon explosion. He feeds off of despair and has been selecting girls to drain of hope. He becomes a perfect foil for Tandy whose power is fueled by hope. In order to destroy her hope, Andre takes Tandy through a bunch of alternate scenarios of her life. One where Billy and her father never died but she and Ty remained friends. Another where she's an engineer and she and Ty meet at the rig. Yet another where she's a grifter and a junkie and she meets Ty while he's boosting cars. In every scenario, Ty is her constant and once Andre realizes that, he kills Ty, essentially killing the source of Tandy's hope. We end this block of episodes with a hopeless Tandy being taken to a motel where she'll presumably be trafficked.

Whew. Is everyone okay? We discuss all the in's and out's of these episodes and try not to fall into despair. Everything is fine. Everything is awful.

Don't forget to follow our Spotify playlist of songs from the show!