Cloak and Dagger
By The Doctor and Shanna
1544
0
Share: 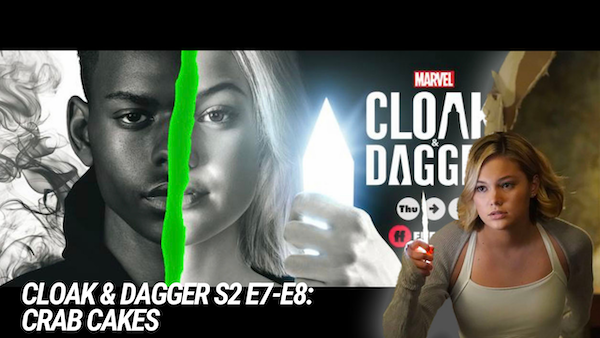 We're back to review the next two episodes of Marvel's Cloak and Dagger, "Vikingtown Sound" and "Two Player. Visually and emotionally, C&D continues to stun us. Following her loss of hope, Tandy finds herself stuck in a motel with other girls Andre (D'Spayre) and Lia have drained of their will to fight. Tandy's new roommate Del is so brainwashed that even when Tandy wants to run away, she doesn't get far because Del snitches on her. 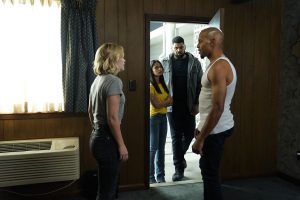 Luckily, Tandy manages to convince Del that Andre and Lia are manipulating her and that her family hadn't given up on her despite what Andre and Lia said. That spark of hope in Del is enough to fuel Tandy's powers and she's able to fight her way out of the motel, just in time for Ty to show up to rescue her.

The situation immediately flips when Ty's powers go haywire and now Tandy, with Evita's help, must journey to the other world to convince Ty to return. She also takes Brigid with her and Brigid is reunited with Mayhem. Brigid makes a deal to give Mayhem control as long as she listens to reason (we'll see how that goes). 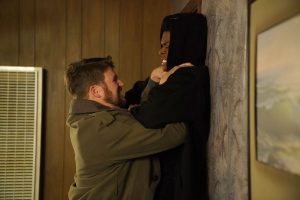 In order to convince Ty to come home, Tandy plays an old-school style videogame with him that is basically the two of them fighting nameless bad guys to get to the big boss. The production value on this show is bananas! The videogame is fashioned like an old-school Cloak & Dagger comic and Ty and Tandy are dressed like the characters so there's a seamless transition between the game and our characters.

The game Ty is playing is made by Baron Samedi another Voudoun loa or god. While Tandy tries to convince Ty to stop playing, Evita ends up promising to marry the loa in exchange for Ty's return. Now that Evita's married to a god, their relationship is definitely going to get more complicated.

And all of that buries the lede on the real story. TY'S MAMA WENT FULL DEXTER. We said last time that Ty's mom was waaaaaayyyyyyy more dangerous than his dad and that proved to be very true. Let's just say, she's a more dangerous chef than Gordon Ramsay.

Listen to Shanna, Parrish and The Doctor breakdown the episode, the symbolism and the food, on the latest episode of the podcast.