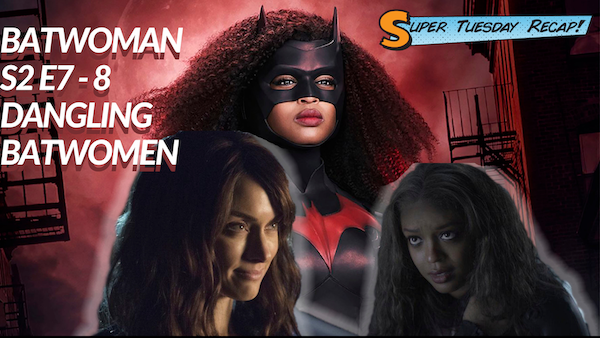 Shanna, Ro, and Hiroja are back to talk about the latest episodes of Batwoman, which tie-up the threads surrounding Safiyah, Coryana, and the mystery of Kate Kane ... or do they? While Batwoman managed to give us many moments of levity and even some of the plot points we predicted (hello, Tatiana calling Sophie an oppressor), the show doesn't seem quite ready to commit to Ryan as our new Batwoman and everything they've built suffers for it.

In "It's Best You Stop Digging", Ryan runs around Gotham with Kryptonite poisoning instead of letting Mary and Luke take the stage and work to save her life; something that would have solidified her as their new Batwoman. Similarly, in "I've Survived Much Worse" Ryan is inexplicably pushed to go to Coryana (still poisoned but now with an adrenaline shot) and she still can't manage to get the one thing that will save her life.

Although the episode ends on a life-saving cliffhanger, most of the development the show has been building is undercut by the reveal that Kate Kane is still alive as well as and the subsequent news that the role was recast. These episodes were an opportunity for Batwoman to fully entrench Ryan (and Javicia Leslie) as our new Batwoman and lay Kate Kane to rest for a time, but now it feels like Kate Kane will continue to be a dangling thread that won't be tied off any time soon.