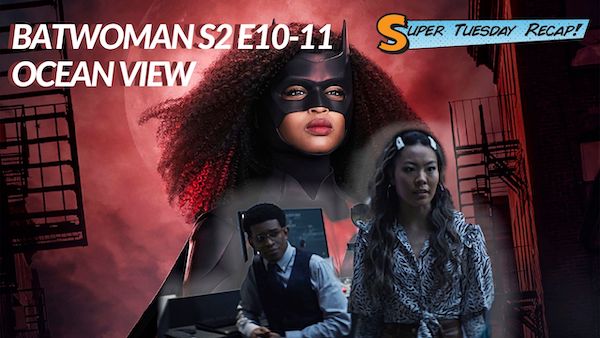 Shanna, Ro, and HiroJa are back to discuss the latest episodes of Batwoman. As we get closer to the end of the season, Batwoman seems to be introducing a lot of the elements we've discussed but we're not sure how they will actually play out.

Crowphie seems to be realizing that not everything in the Land of Crows is what she thought it was but now that she knows Ryan is Batwoman, how will she react to her sometimes partner and friends lying to her?

Jacob is on Dat Bite because he'd rather be a drug addict than a good father to his many daughters. Luckily he and Alice are getting some good talk therapy from Enigma. In addition to the therapy, Enigma's offering two for one refunds on memories so Ocean and Alice have their memories back for now.

Things are connecting and making sense even when the show occasionally takes shortcuts from point A to point B. We're not sure if this season is just a lot of setup for some recurring villains next year or if this season will end with some important loose ends but we're enjoying most of the journey.