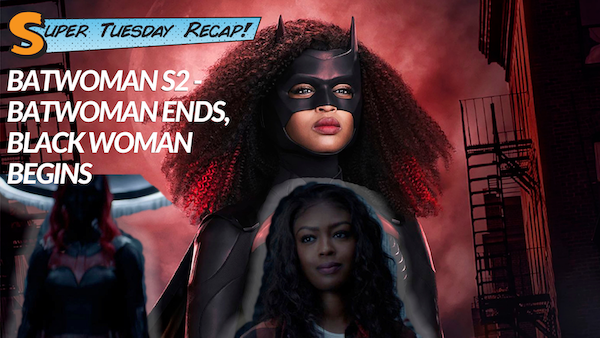 There was no way the CW was going to introduce a Black Batwoman and we weren't going to talk about it. Shanna and Ro discuss the themes and storylines that have carried over from season one of Batwoman as Javicia Leslie takes over the role from Ruby Rose.

Ryan Wilder (Leslie) dons the cowl after Kate Kane disappears in a suspicious plane crash. Though she grapples with her ability to pick up where Kate left off, Ryan, a former foster child and ex-con, joins the Bat Team to protect Gotham and fight back against the personal injustices she's endured.

Javicia Leslie joins a strong supporting cast and the writers have taken care to find personal connections between Ryan and the characters we've come to know and love like Mary (Nicole Kang), Luke Fox (Camrus Johnson), and even Kate's nemesis, Alice (Rachel Skarsten).

The first two episodes set up some interesting storylines and pull out some nuances that the show can delve into with a Black Batwoman at the forefront of this story. Join us every other week as we cover Batwoman season 2 and watch the show every Sunday at 8pm or the next day online via the CW app.