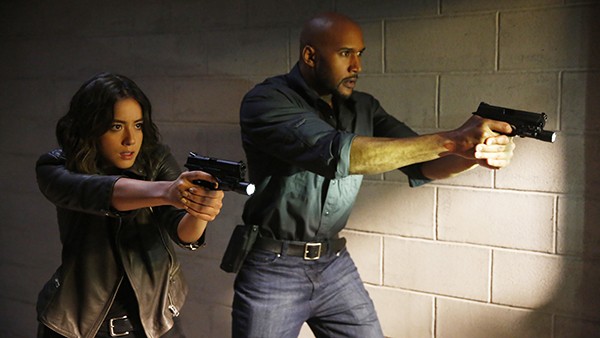 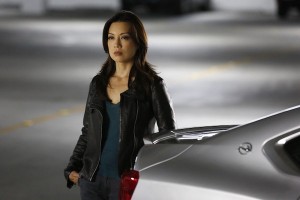 Marvel’s Agents of Shield has really become one of the best examples of a show rewarding its fans for sticking with it. Not only are there callbacks to the first season but we’re seeing direct links to the development of characters from season 3 from where they’ve been in season 1. This latest episode, Devils You Know, really drives this fact home. Daisy Johnson is the most obvious example of this but there are so many more. Fitz seemed to revert back to his season 1 form when he snapped at Bobbi for not using the right plastic bag for a biological sample. While it seems simple and definitely threw me off at first, I soon realized that Fitz was obsessing over “order” as a way for him to try to normalize the workplace and structure for Simmons. He’s trying everything he can to try to make her feel at home. This wouldn’t make sense if we didn’t have season 1 to establish the Fitz-Simmons relationship from the beginning. And that’s what Agents of Shield really is about: Relationships. Bobbi is able to pick up on what Fitz issue is and instead of letting it get to her, she just tells Simmons that she needs to let Fitz in. Much like how The Flash is about family and close friends, Coulson’s team has become a family. The problem right now is that they’re fractured and are barely holding on. Even Coulson himself has in a way reverted back to his season 1 behavior of being a bit nonchalant when dealing with serious issues. The difference is, we know that unlike before, this is all a front. Before Coulson had May at his side to help keep him on top of things. With May gone, Coulson is having trouble staying up on everything. That’s why he didn’t know how reckless Hunter had gotten in his hunt for Ward. And who came to tell him? May. Daisy is trying her hardest to hold Coulson accountable and in some cases he is listening to her (Getting Rosalind to let her and Mack check out the ATCU facility). This is also a tie-back to the first season. Daisy (Skye back then) was recruited to be an outside element from SHIELD that could give Coulson some outside the box thinking. Now she's one of his best field agents but she's still questioning him and keeping him honest. Not to the same degree as May, but it's something.

One thing I’m really enjoying this season is how this show is able to keep a handle on multiple storylines and plots without feeling overwhelmed or short changed. This isn’t an easy task but I feel like right now we have three distinct tracks going: 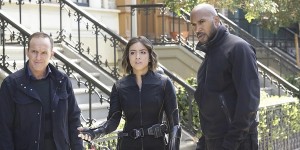 At the center of all this is Coulson. In this episode he went from being on the ground with Daisy & Mack to hunt down Frye, to leading a Tac Team to backup Hunter and May. We even got a brief scene with him talking to Andrew about Simmons and what’s going on with her. SHIELD is never focused on just one task and being Director of SHIELD means Coulson has a responsibility to be involved in everything. I think that’s why this show is able to manage all of these seemingly unrelated storylines but still keep us engaged. We have a common thread throughout them all. I think other shows (The Strain really comes to mind here) have trouble maintaining that balance. Now I do know that some people will be a bit impatient but I will just remind them that this is a 22 episode season. I saw one review that said that they’re “dragging out” Simmons explaining what happened to her but it’s really only been 2 episodes. Simmons returned at the end of Episode 2. Episode 3 she was clearly getting adjusted. This episode she talks to Andrew and it’s clear she’s having a tough time dealing with whatever happened to us. From the previews we see that we will learn more about her time on the planet. This isn’t “dragging out” a story, its called letting it develop.

Is Andrew really dead or is there more going on here? Dpalm and I are in agreement that there seems to be more going on here. We break it down fully in our Super Tuesday recap that you can download here. In short, we don’t know that’s Andrew’s body laying there, Werner Von Strucker seems incredibly shook afterwards and what happened to the other Hydra agents that were with him? A theory that Dpalm & I put out there that I noticed is also going around on the Net is that Andrew might be an Inhuman himself. Something caused Andrew to leave May. He’s also very good at dealing with analyzing powered individuals almost as if he really understands what they’re going with. Of course this could all just be a smoke screen and we could come back next week and we’re burying Andrew just like we did Tripp (I’m still not over this). But that’s why I love this show, I really have no idea what they’re going to do. 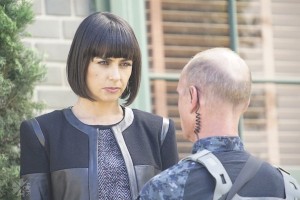 What happened to Andrew isn’t the only mystery this episode. Who is Lash turning into when he’s in his human form? Is it the head ATCU agent? Is it Rosalind herself? Is it someone else that we know and have met? Is it a whole new character? The way this show has been rushing through mysteries, I don’t think we’ll be waiting too long to find out. It is worth noting, Lash didn’t go after Daisy when he had the chance so has he deemed her worthy? He also hasn’t gone after Lincoln again. So far they’re the only two Inhumans that have stood up to him and survived.

To get more of my thoughts on this this episode of Agents of Shield, Devils You Know, check out our Super Tuesday Recap embedded at the top of this page. Or you can download the episode directly here (Or get it on iTunes/Stitcher, search Movie Trailer Reviews). You can also add the RSS feed to your favorite Podcatcher app to get each of our reviews directly. Thanks for checking our reviews out, make sure to leave a comment or shoot us an email if you want to discuss.