Sundance Review: ‘Fresh’ is a wicked take on the Meet-Cute 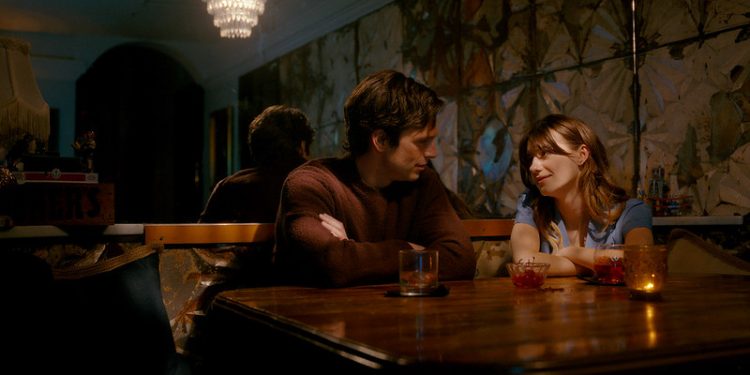 Sundance Synopsis: Frustrated by scrolling dating apps only to end up on lame, tedious dates, Noa takes a chance by giving her number to the awkwardly charming Steve after a produce-section meet-cute at the grocery store. During a subsequent date at a local bar, sassy banter gives way to a chemistry-laden hookup, and a smitten Noa dares to hope that she might have actually found a real connection with the dashing cosmetic surgeon. She accepts Steve’s invitation to an impromptu weekend getaway, only to find that her new paramour has been hiding some unusual appetites.

From the outset there's an irreverent tone to Fresh that infers the casual callousness that is the dating scene. It's perfectly reflective of how easily dating can be an unhinged hellscape despite the supposed "safeguards" of the modern-era. Cave sets the stage with a thirty-seven minute opening that's a eye-twitch inducing reminder of exactly how quickly a date can go from neutral to noxious. She doesn't have to reach far for stories of meet-ups gone awry, from kidnappers and craigslist-killers to hoteps and himbos, the anecdotes abound.

Wanting to connect, romantically, with another person pushes people to take all kinds of risks. Even people who otherwise happily self-contained put themselves out there hoping to find love. There's always an inherent danger to making yourself vulnerable; you might end up alone and heartbroken. But for women, dating also carries with it the very real possibility of physical harm. It's downward spiral of harrowing what-ifs and nightmare fuel. Fresh builds a delightfully nuanced commentary out of the vagaries of that particular social paranoia.

Girl (Noa) meets boy (Steve). Boy doesn't come off like a creeper. One night of sparks convinces girl to drop her guard. If that sounds like the moment when you realize this woman may just be ignoring those "he's too good to be true" red flags and careening towards the land of "too stupid to live" then, you've discover the secret sauce that makes the darkly satirical heart of Fresh beat.

As a character, Noa (Daisy Edgar-Jones) feels more like a composite of bad dating moves, misdirected cynicism, and the hard-to-kill hopefulness of singledom. She's narrowly developed. So narrowly that her emotional thinness begins to feel deliberate. She's cynical and defensive; so self-contained getting a bead on what makes her tick practically impossible. There's surface effort given to showing her as not utterly unlovable. She does, after all, have a ride or die bestie. But for the latter half of the story, it's like Noa, as the person, is less important than the inexhaustible supply of women seeking romantic love she represents. Her feelings and thoughts ultimately mattering less than her body and Steve's desire to possess it and her.

Steve, however, quickly comes into sharper focus. First as the too-goo-to-be true man Nao drops her guard enough to let get in there and then as turncoat and villain.  The film's lifecycle will be tragically familiar to many, long before the story goes all the way left. Sebastian Stan draws the eye and holds your attention. You may just find yourself investing more in Steve and the hints at his backstory and life. If so its because his life and off-putting decisions come to vibrant if murky life far more than Nao ever does.

Given the subtle menace that Sebastian Stan brings to Steve that decision undermines both the allegory and the unfolding storyline. Because it leads to a matching superficialness to all Fresh's other characters. Most notable, and unacceptably, to Mollie (Jojo T. Gibbs), Nao's best friend and pivotal character into the third act. In some ways, however, that particular narrative fail is sadly predictable.

Gibbs breathes life and humor into an otherwise lackluster relationship between Nao and Mollie. Her presence adds depth to Nao. Frankly she's what, makes Nao worth investing in at all. But that relationship (and therefore the plot) is only partially successful because there's a hollowness in what Nao gives back to Mollie. One day having the best friend be a Black woman is going to lead to something other than a savior-lite character arc. Unfortunately not today.

In other ways these narrowly drawn characters serve as a perfect mirror for the lack of depth app-based dating - and modern dating in general - encourages as the go-to tact for approaching romance. There's a subversiveness attractiveness to Steve that makes him into a wholly dark character. But even once the plot takes a turn for the horrific, the visual images and staging maintain a decidedly lightheartedness.

Cave's feature debut takes full advantage of your inappropriate affection for Sebastian Stan. It's also built to simultaneously lean into and subvert the romcom staple meet-cute. Whether or not you ultimately feel like Fresh has anything new to add to the genre with its disturbingly colorful satire or is just an uneven, and already out-of-step, homage will depend entirely on what trips your trigger on this journey to the dating pool dark-side. Because Fresh offers the kinds of laughs that make you break off in the middle as you realize where the humor resides. You'll either love it or hate it.

Keep an eye on the main feed for at spoiler free discussion out of Sundance 2022 with Ro and her guest Britt review Fresh. The dig into the overall premise, its characters and the plot's twists and turns.