Sundance Review: 892 Forgets to bring the man at the center of its narrative into focus 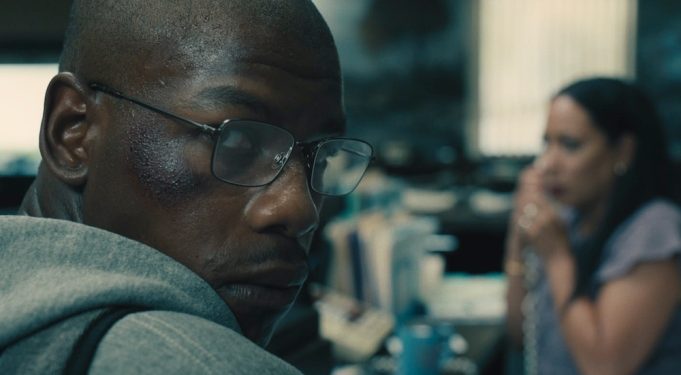 Ro5.5
Brittany W 7
892 will leaving wondering about the man at the heart of its film even as it shines a light on the absolute unacceptableness in how people in US cities and town have become programmed to accept the inevitablness of death as an acceptable resolution to crisis.
6.3

Sundance Synopsis: Living in a cheap motel in Atlanta and separated from his wife and child, former U.S. Marine veteran Brian Easley is desperate. Driven to the brink by forces beyond his control, the soft-spoken, kind man decides to rob a bank and hold hostages with a bomb. As police, media, and family members descend on the bank and Brian, it becomes clear he’s not after money — he wants to tell his story and have what is rightfully his, even if it costs him his life.

Director Abi Damaris Corbin the John Boyega-led, debut is an hour and fifteen minute drama that takes places almost entirely inside of a bank. Yes, this (loosely) based on true events story is a hostage situation. With that  framework comes all the expected trappings of a mobilized police response, the appearance of the FBI, stressful encounters, tense and conversations between people inside and outside the bank.

It's an tense standoff that from the outset makes it clear Easley is at a crisis point and is willing walking towards tragedy. Boyega turns in a solid performance of a mild-manner man desperate to be heard. Unfortunately, while the narrow focus on the hours inside the bank work beautifully to showcase the almost instance militarized response of law enforcement, it does little to ground the audience otherwise.

Corbin's script underserves this stellar ensemble made up of Nicole Beharie, Michael Kenneth Williams, Selenis Leyva, Connie Britton and Olivia Washington at almost every turn. The characters avoid being poorly drawn characters due only to the caliber of the actors. The slight is made more obvious by the skill demonstrated by smartly designed scene transitions and set composition. There's a hollowness that not even Boyega's emotional performance can fill.

As a gateway to understanding that desperation always has a cause and ably pointing out the multi-system failure that triggered Easly's last ditch effort to be heard, 892 is far more successful. With slick slight of hand and strategic placement of flashbacks, Corbin designs an indictment of the convolutedness that is the Department of Veteran's Affairs.

There's a lot here to unpack, unfortunately not enough of it focuses on U.S. Marine veteran Brian Easley.

On the podcast: Ro and guest Britt dig into 892

892 may veer off course when it comes to being a serviceable biopic or even ably handling the complexity of Easly's plight but, it will absolutely raise your anxiety level and provoke.

Spoiler-free, but theme heavy, discussion with guest critic Britt W from popculturereviews.com where we dig into what works - and what doesn't - the set arrangement and filmmaking that went into designing the narrative - and what's the take away from a story that focuses less on the central character in order to

And like all good festival conversations, the topics veer to other projects screening and the impact or ways they can inform each other.