Sundance 2021: Rita Moreno: Just a Girl Who Decided to Go for It 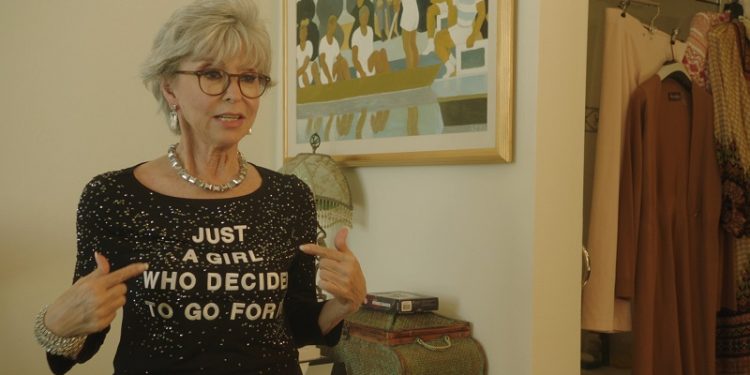 Ro8
It's a 90 minute revelation following Moreno's life and career. You'll walk away not only with a deeper understanding of what drives Moreno but a more unvarnished look at what it took to last decades in the entertainment industry as a Latina.
8

Rita Moreno: Just a Girl Who Decided to Go For It's a captivating journey through Moreno's career highs and lows. Moreno's best known for he role as Anita in West Side Story and more recently, as Lydia in One Day at a Time. She's one of only three EGOT (Emmy, Grammy, Oscar, Tony) Award winners of color. Her career illuminates decades of Hollywood evolution. When listing notable ethnic minorities working in Hollywood, Rita Moreno's name ranks high.

Filmmaker Frances Negrón-Muntane decision to not only focus on Moreno's life but heavily center her participation is a smart one. Hearing from her offers the kind of insight that can only be gained by hearing from the subject directly. The end-result is compelling.

Like most participatory documentaries, Moreno's begins with the actress answering questions (from her home) designed to set the framework for the collected footage highlighting her time on stage and screen.  The breezy conversational tone, insightful questioning, interviews with friends and colleagues, and almost embarrassing amount of archive footage perfectly showcases a life lived fiercely.

But Rita Moreno: Just a Girl Who Decided to Go For It never flinches from digging into gritty and real. There are jarring stories about navigating the industry perceptions. Chronicles of striving to succeed in the face of racism and colorism. The chapters delving into her volatile relationship with Marlon Brando and the impact it had on her are perhaps most compelling. Wielding a blunt charm with precision, Moreno opens up about her many triumphs, failures, trials and harrowing tribulations. If there's a complaint to be made it's perhaps that the overall he midway point of the tone is almost too casual as Moreno's private lows and professional trials take center stage.

Rita Moreno: Just a Girl Who Decided to Go For excellently details why it's impossible to pigeonhole Morena on screen or off. And with seventy plus years of life to unravel, it's clear as much as people may think they know about Rita Moreno, it doesn't even scratch the surface. Beyond the catchphrases and spot on comedic timing stands a women undaunted.

You may not think you needed this documentary, but you do. Seriously.

Follow more of our Sundance Film Festival 2021 Reviews and Coverage on our Press Page Page: https://press.mtrnetwork.net