Charm City Kings is a Love Letter to Biking and Baltimore 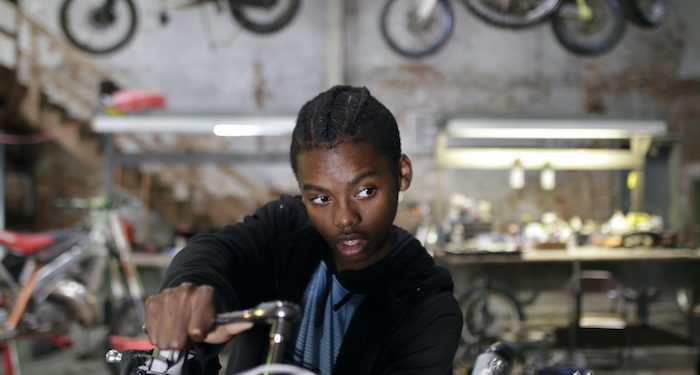 Charm City Kings8.7
Charm City Kings is raw in its delivery, but with the raw comes reality. Arresting cinematography and grounded acting performances makes this worth the watch.
8.7

In the 2013 Oscilloscope documentary 12 O'clock Boys, a then 13-year old Pug had aspirations of one day joining the biker gang. “I’ve been on this earth for a decade and a couple of years. So what that makes me? I’m a grown-ass man,” he said, decidedly. That young and misguided energy inspired the character of Mouse in Sony Picture Classics’ Charm City Kings. A love letter to West Baltimore’s biking culture, the film examines toxic masculinity and the unhealthy obsession to grow up fast.

Mouse (Jahi Di’Allo Winston) is a 13-year old teen living in West Baltimore. After losing his brother to the streets, his mother (Teyonnah Parris) forbids him from participating in the local dirt-bike gang culture. Lured in by the glamour and grit of the Midnight Clique, led by Blax (Meek Mill), Mouse seeks to grow up and be free from the life he’s live - by any means necessary. 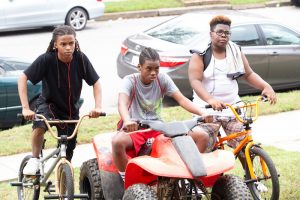 The search for freedom begins with Mouse (Winston) as the soul of the story; but he has support from his friends Sweartagawd (Kezii Curtis), and Lamont (Donielle T. Hansley Jr.) In his performance, Winston captures the boyish misconceptions of what it is to "be a man." All three boys juxtapose innocence and innocence lost in their performances. The trio's hanging on the block, grabbing snacks from the bodega and trying to holler at girls are some of the best scenes. Screenwriter Sherman Payne nails the Black Boy Joy that occurs in the summer, striking the right balance of fun before turmoil sets in.

Meanwhile, the adults around Mouse struggle to keep him on the straight & narrow. One of those adults is Blax, played by Philly rapper Meek Mill. Blax is an ex-con trying to take advantage of his second chance while still dabbling with the Midnight Clique. Meek is no stranger to the world of dirt bikes - not only is it apart of Black Philly culture, but he’s also highlighted it in his art - which is why he’s the perfect choice to play Blax. Meek brings a level of weary experience to the role, that makes it feel not only lived in but realistic. 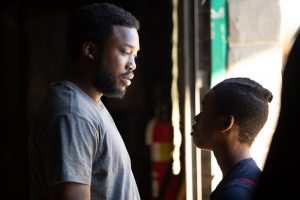 Katelin Arizmendi’s arresting cinematography showcases the true athleticism of West Baltimore's dirt bike culture. A perfect display of this is during the first cop chasing scene after a biker throws a brick at a cop car. What follows is a stunning display of showmanship paired with danger, with the boom of Meek Mill’s “Millidephia” as the soundtrack. Arizmendi’s camera follows the chase from the perspective of the bikers, capturing circular shots around the way these bikers control their bikes while doing stunts. It reinforces the control these bikers have with their instruments while playing around with the cops; they are truly kings of this city.

But all that glitters isn’t gold, and Mouse and his crew learn this the hard way. Soon, they discover that their notion of being a “man” comes with adult-level consequences that they weren’t prepared for. Director Angel Manuel Soto’s vision of showing the ups and downs of being a young Black boy in the hood is achieved in the end.

Charm City Kings is raw in its delivery, but with the raw comes reality. In a community where masculinity is defined by crime and choppers, the boys deserve to have a second lease on life - you just have to give them a chance.