The Strain Review: The Master 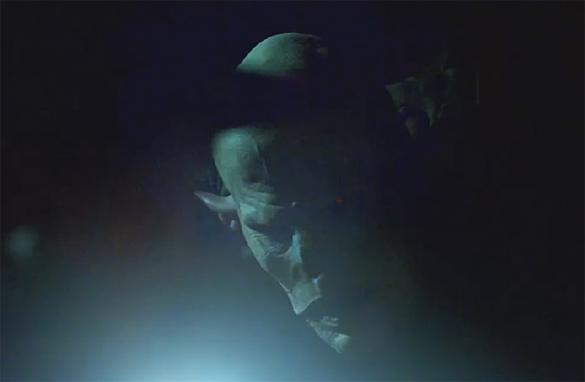 This has been a great year for entertainment. Sure we’ve gotten some duds, but we’ve been getting more winners than I can remember. The Strain is DEFINITELY one of those winners and I’m glad it’s already confirmed we’re getting a Season 2. The season finale is probably had the most intense scenes in this season next to the ones from Creatures of the Night. I think this episode was a great way to end the season and set us up for Season 2. The thing I really liked about this episode is that I really thought I knew how some of the plot lines were going to play out and I was surprised when things didn’t go how I thought. 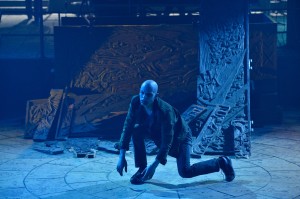 First off, I thought The Master was just playing Palmer but it seems he actually might be treating the old man well. It really looked like The Master “just put the tip in” with Palmer and wasn’t actually going to turn him. Palmer looked like a scorned side piece who wasn’t left enough cab fare for the morning after when Eichorst told him he wasn’t granted full immortality. Lost in all this we learned another small “scientific” fact about the rules. The “white” (blood) of The Master can heal a person but without the worm(s) the person doesn’t actually turn. I really like how this show subtly adds these rules in. If you’re not paying attention you can completely miss it. This also explains how Palmer was able to pick up that silver dagger with no ill will.

While on the surface it looked like The Master really wasn’t trying to deal with Palmer, after Eichorst talked to him, I came to realize that The Master really is just testing Palmer. Palmer doesn’t want to just be a minion, he wants to be one of the chosen, like Eichorst. If you remember back to the flashbacks The Master tested Eichorst the same way.   He didn’t turn Eichorst until his “task” was done. Palmer’s task isn’t technically done. The Master just granted him health to allow him to continue serving his role. Eichorst even told him to be patient and he’ll be serving at the right hand of The Master. The question is: Can Palmer be patient? We’ll have to find that out in Season 2.  Right now it seems like he's doing his part. I mean who really saw him throwing Secretary of Health (I believe that's what she was) off the roof?  Also, this scene answers the questions of folks asking why officials weren't doing more.  We see that they actually are aware and were about to do something. But as with anything in our society, some powerful (and well funded) individuals can keep that from happening.  That and the Director of the CDC is completely incompetent and weak. 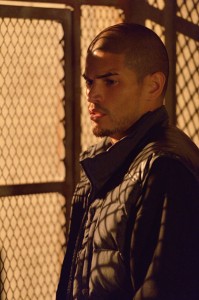 Gus really ended up being one of my favorite characters on this show and he doesn’t even get a huge role yet. I love that his first instinct in a lot of these situations is to run. Not only was he talking shit to the Vampire Squad Leader (“You planning on eating Mexican tonight?”) but he tried to run from him at least 3 times. That’s even after starting a reasoned conversation. I love that part of this show. They know how minorities act in strange situations like these. I am pretty excited to see where they go with Gus in Season 2. He’s about to be the Daywalker for the “good” vampires. I put “good” in quotes because I’m still not sure what to think of them. Seems like they really aren’t here to save humanity but more because there’s been some violation of a truce which I assume is between an ancient sect of vampires and has nothing to do with humans at all. It was a bit chilling when they told Gus that if they woke up the “ancient vampires” they’d have to feed them and he wouldn’t want that. Made me think: Where the hell are Neeva and those kids? Running around like a Vampire Seal Team 6 has to make one hungry and it makes me wonder, just how these vampires are surviving without feeding. 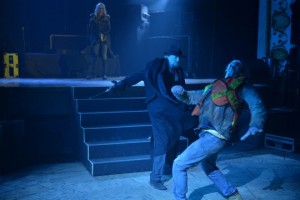 Abraham being wrong about The Master (and being the one that let him get away) I think is important for this show. We spent a lot of this season screaming at Eph and Nora to “just listen to the old man, he knows what he’s talking about.” But it never really occurred to anyone that while he might know more than the average person, Abraham is just guessing on a lot of this stuff too. I mean who really saw The Master throwing himself out into the sunlight then scurrying down the building in broad day light and not turning into fried vampire?  Now Abraham's confidence is shaken and the group really doesn’t know what their next move is. What I like about this is in Season 2, I expect to see more of Eph and Nora’s scientific knowledge to play a bigger role. If The Master can’t be killed by the “normal rules” then what can kill him? Also, are we even sure that killing him will mean the rest of his spawn will die? Abraham being wrong and The Master being able to escape in broad daylight (clearly not unscathed) really calls into question everything we thought we knew. It’s a very interesting twist and really opens up the show for new possibilities and really means that the worthless scientific knowledge Eph and Nora have will seem more valuable going forward. 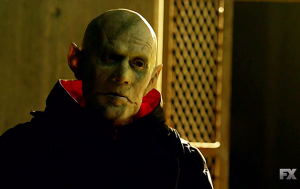 Eph struggling with whether to take Zach with him or not is one of those times when we the audience really need to take ourselves out of the relm of fiction and really look at this as if it were reality. As an audience member, it’s easy to look at it black and white and pick a side: Yes Eph, teach your son how to kill these Vampires and take him with you so he can be Carl Jr duh. Or No Eph, he’s just a kid, this is really stupid. In reality, it’s actually a tough choice. If he left Zach behind alone, if he died, then he pretty much left Zach to die a slow horrible death. Eph couldn’t stay himself because the group needed all the bodies they could to take the fight to The Master. And taking Zach with him was incredibly risky but what other choice did he have? Even when they went into the building, I don’t even know which option was better for Eph: Does he leave Zach downstairs with the others or does he take him with him to confront The Master? Truth is, all this does is reaffirm my believe that there’s no place for kids in an major crisis like this. I don’t envy a parent in this situation at all.   Granted, Zach handles himself pretty well so it’s not that bad. But that also leads to my one minor issue with this episode. They’ve written Zach too bright of a kid to fall for Vampire Kelly. I expect him to be upset but to try to run towards her? No, I don’t buy that at all. They’re usually pretty good with consistency but they dropped the ball with this one. Zach isn’t impulsive like this and while it’s his mother, I just didn’t buy that scene.

This was a great way to end the season. No one really won. Abraham & Eph are now faced with the fact that they just had their best shot to stop The Master and it didn’t work. The Master on the other hand, survived but he almost got defeated by a ragtag group. On top of all that, humanity might be caught in between a Vampire Civil War soon.   Things are looking pretty damn bleak to be honest. I wasn’t really expecting much from this show but I was pleasantly surprised. This was a great season and I can’t wait to see what’s in store for us in Season Two.