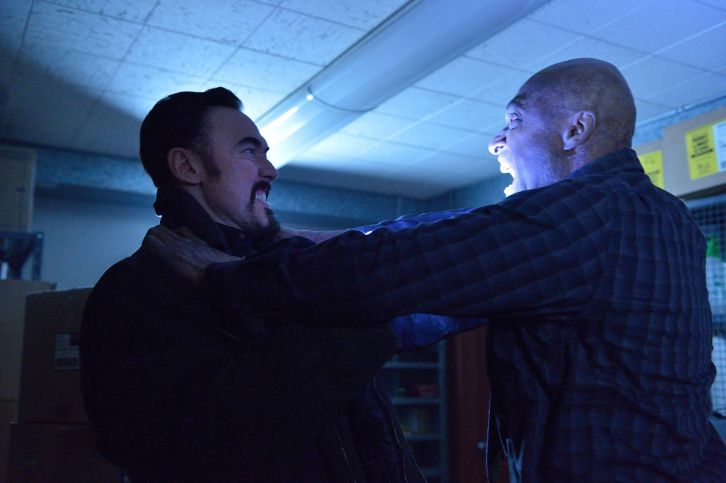 Shit is literally hitting the fan with The Strain now. The slow pace of the previous episodes is now being replaced with more evenly paced episodes. I’m starting to see where some of these seemingly unconnected plotlines and characters will cross paths and overlap. We’re starting to see a lot more of the creatures because the “disease” is spreading and it’s just going to get worse now that we know there is an eclipse coming. 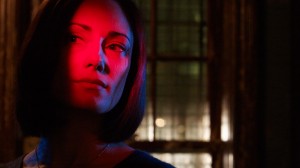 It has become clear to me that we’re supposed to hate everyone’s family on this show. Everyone is just annoying. I think the idea is that we’re supposed to see these flawed family relationships and recognize that even through these flaws; people can’t turn their back on family. The problem with that is it’s really hard to sympathize when the family members are annoying or just plan suck. For instance, we’re supposed to see the stress Nora has to deal with when it comes to her mother. Bu the truth is, in a show like this, all I see is a liability. Nora’s mother isn’t going to last long and we all know that. I’m betting she’s in the early stages of Alzheimer’s or something similar. She’s not going to be able to fully grasp what is going on and it’s just going to end badly. While I will be greatly entertained by her dying badly, I know that’s probably not what the show is trying to go for. Even Vasiliy’s family is full of shit.   I’m calling this the Independence Day Effect. Remember in Independence Day when Jeff Goldblum’s character, David Levinson, shows up to warn the White House of impending doom yet no one wants to take him seriously because they write him off at first as just pulling a stunt for his ex-wife? Yeah this is a recurring thing that is just so far from reality. I don’t care how estranged I am from family, if they show up all the sudden with some dire warning about ‘get out of the city, something evil is coming’; I’m getting the Hell out of the city. I mean maybe it’s not true, but if you really ended things on THAT bad of terms why on earth would they show up to warn you unless it’s serious.

I will say, and this might be the only time during this series that I say this, I actually didn’t mind Eph’s family as much this episode. Weird, I know. It might be that everyone else’s family was so annoying that Eph’s family just won by default, but I think it was more than that. In this episode, Kelly finally showed more to her character than just being “the bitch ex-wife”. And I think THAT’S what I needed. Eph is a moron when it comes to things outside of the CDC (running from the authorities and the first place he goes is to his old house?) and when it comes to his family we’ve seen that he’s not in the right about it. Matt (the boyfriend) is a douche. I needed one of these adults to be competent and at least attempt to actually be a mature adult. And in this episode that was Kelly. When Matt overstepped his boundaries she quickly put him in his place by telling him he was a guest in HER house. Finally an adult steps up and acts like one instead of like an immature spoiled child. Matt basically had that look on his face dude’s get when they find out the hard way their dick game isn’t as good as they thought it was. I hope they keep this up with Kelly and actually give her more of her own personality and not just a boilerplate one. That’s the problem with all these scenes with people’s families. They’re just the stereotypical family members that you don’t like. Well, the adults anyway. Because Zach is cool. Zach had two moments in this episode in which I realized he was a true G. First, when Eph shows up and says the authorities are after him, Zach immediately says “get rid of your phone dad, they can track you with that.” Now granted, Eph had already done that but damn if that wasn’t some down ass shit to say. Then later on when his mother asks what they should do, he doesn’t hesitate to say “Dad said we should leave, we should leave.”   Zach so far has been the most mature person in the whole family. He even knew that his father couldn’t properly take care of him with joint custody and was COOL WITH IT. Zach is basically turning out to be Carl Grimes without the annoying “Innocent” Carl Grimes years from Season 1 -2 of The Walking Dead. Zach is cool in my book.

Eichorst keeps a pet human to feed on. That should tell you all you need to know about him. That’s how you know he was a Nazi. Only a Nazi would turn feeding time into a torture device as well. I do have to go back to something I asked during the first episode. What makes Eichorst different from the other vampire creatures? Unlike the mindless creatures that seem to only be driven by the need to feed, Eichorst is fully aware and autonomous. He’s calculating, has speech and can blend in (with a shit ton of makeup and prosthetics). When he was confronted by Gus and his boy, Eichorst seems to have super strength and speed well above that of a normal human as well. We know “The Master” was able to swoop in, lift and move that giant coffin full of dirt in a blink of an eye. These seem to be abilities that none of the people turning now have. It makes me wonder. The name of this show is obvious “The Strain”. So does this mean there are different “strains” of vampirism? If so what are they and how is each one contracted and spread? I’m pretty sure we will get an answer to this. The show has done a pretty good job of trying to put some kind of science behind vampirism so I’m expecting to learn more as Eph and Nora become more involved.

Also want to point out that this show continues to portray minorities in a realistic way. When Gus and his boy are arrested by police after THEY were attacked? Yeah…that’s real. I know it’s just coincidence but with what’s going on in Ferguson, Missouri I couldn’t help but get that feeling “damn, this is actually how it happens.”

Abraham’s getting too old for this shit

Abraham is realizing he’s getting too old for this shit. Double fisting a sword and a modified nail gun to kill a room full of vampires is a younger man’s game. I think Abraham knows he can’t keep this up, he’s just trying to wait for Eph and everyone else to realize the shit has been hit the fan. He even tried to recruit the cab driver. One of the best parts of this episode was when Eph showed up at Abraham’s shop and Ab looked at him like “dude, you’re late”. Like Abraham said he was recruiting Eph to his cause the entire time, Eph just didn’t know it yet. The only thing that gives me pause is that Nora’s mother is there too and we just know she’s going to mess something up. Never bring the senile old person into the safe house. Never ends well.

I like the fact that we’re starting to get more of Vasiliy. He was already a little shook from what he experienced in the sewers last episode and this episode he finds out his boss and the cute receptionist have turned and he has to kill both (we also learn that sun light definitely kills them). I do need to point out that the scenes with Marshals (or were they FBI) interrogating Eph were bad. They weren't a huge part of this episode but they were so laughably over the top and unnecessary. At one point they implied that Eph had something to do with Bishop's murder which just doesn't make any sense. And then to say that Eph took all 100+ bodies himself and hid them? How? But the thing that put it over the top was that they actually fell for the "I'll take you to where I hid the bodies" ploy. I actually kinda wish we could see what Eph's plan was cause you know...YOU KNOW...it would have been idiotic. Only thing that really saved this for me was that both agents died terrible deaths and the last one asked Eph to help him and Eph gave him the Rorschach from Watchmen answer:

You should be watching this show. It’s good. As much as I complain about the moments with the families, they’re not as bad as I might be making them seem. All in all this show has been developing pretty well and we get word today that it will be coming back for a Season 2 already. So it’s not too late to catch up and start watching. It’s definitely been a great addition to the summer TV lineup.