The Strain: Loved Ones 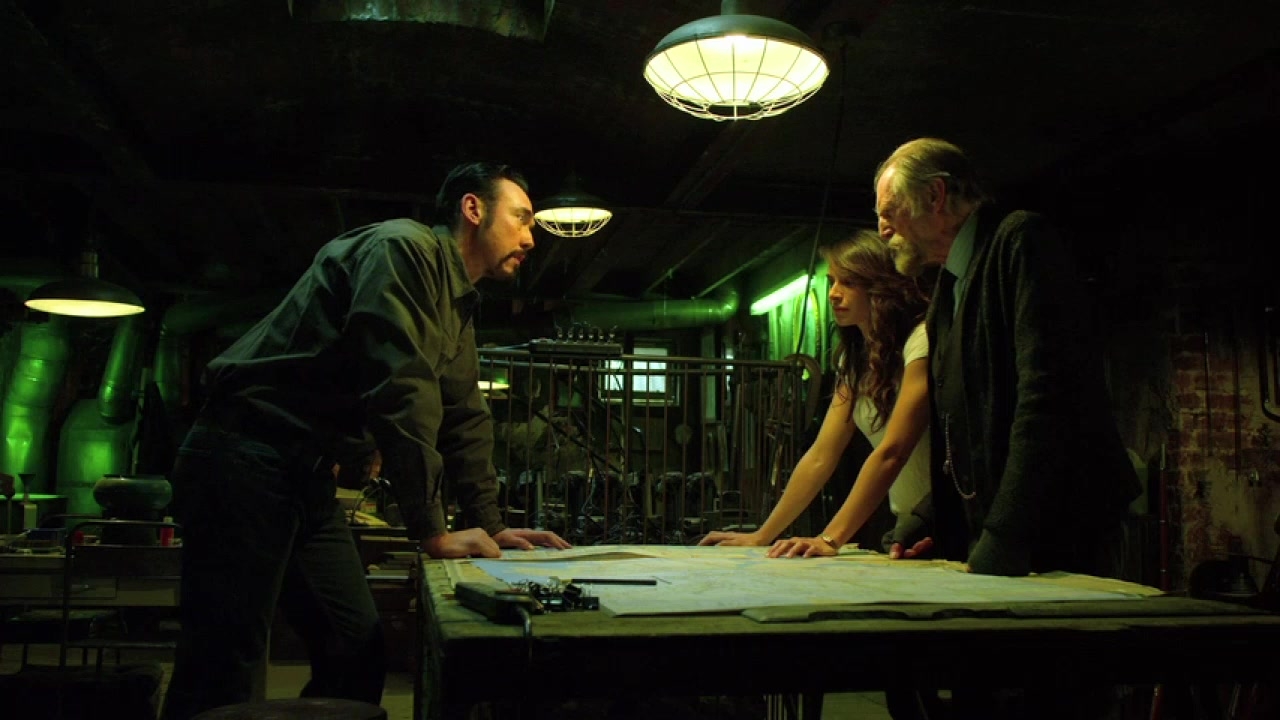 I'm starting to notice some similarities between characters on The Strain with those on The Walking Dead and considering how much I love the latter, that's not a bad thing. In this episode we learn what happened to Kelly through flashbacks as Eph tries to piece together what happened to her in the present time. Also Dutch and Vasiliy go to confront Palmer using a plan thought out so poorly even Star Lord would have been skeptical. But we'll get into that later. Let's talk about what happened to Kelly and how she went from being this show's Lori Grimes to a character I might want to see more of now. 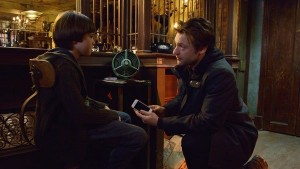 I have to be honest, I've grown to like Kelly. Odd because at the beginning of this show I used to hate every moment they showed of Eph's family. But I think that one episode where Kelly told Matt that he wasn't paying the mortgage and that he was her house and she made the rules, I've kinda grown to like her. Having said that, I also knew that I didn't want to see a whole bunch of Eph trying to pretend like he's a good husband and father when the fact is, he's not. So the route they take with Kelly this episode really gives me a way to keep her around but also eliminates the whole "family dynamic". This is actually the problem I had with Lori Grimes on The Walking Dead. She just got in the way all the time. She didn't have a purpose other than being the whiny, stick in the mud who never knew where her son was and was Rick's weakness. My early apprehension to Kelly was that I really believed she was just going to be another anchor to weigh Eph down just like Lori was a drag on Rick. Kelly is CLEARLY Eph's weakness. He's still in love with her and despite just having awkward sex with Nora in Kelly's home, he still wants to be with her. Abraham recognized this and that's why he told Eph he should go to look for her. I think Abraham has figured out Eph and now knows how to get him to do what must be done. Eph is one of those people you have to let him come to terms with something on his own. He needs his ego stroked and so even if you've told him something, he needs to figure it out on his own and believe that it's his idea. It's why I hate him as a person on the show but I also get him. Anyway, back to Kelly. I was really thinking she was going to be another Lori Grimes, the worthless mother who does nothing but get in the way. But then she showed some backbone in that episode with Matt and I thought "hmm, there's something there". And this episode we get a glimpse at what they might be using her for and I like it. It looks like The Master might make Kelly one of the "chosen" and then you can see how that's going to cause a complete mess of things. Again, Kelly is Eph's weakness. The Master can use her to throw all kinds of turmoil at Abraham's little "strike force". Kelly also gets bonus points for turning her annoying Eph-hating best friend into a snack. I hated Diane and needed her to die. When Diane's son came down the stairs I knew then that Vampire Kelly was going to snack on both the kid and his mother. The cherry on top was Eph being the one to put a bullet into both of them. 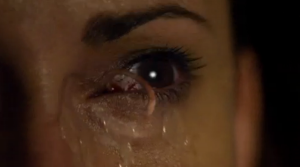 While it was interesting to see what happened to Kelly, what was really the cool thing to me was being able to observe what actually happens to a person as they turn. We've seen bits and pieces of this but never really a chronological view of what happens. We followed Kelly from when the worm went into her eye (very gruesome by the way) all the way to her becoming one of the creatures with nothing but a desire to feed. We could actually see Kelly losing a part of herself. She even had her Lori Grimes moment of not knowing where her son was. One thing that did stand out to me was how quickly her transformation was. After about 15 hours of being infected, she was showing signs of confusion and not knowing where she was and you could tell that her body was changing. Not long after that she was almost completely changed. Diane and her son seemed to change even quicker. Now that COULD be a plot hole but I think it's something else. This show has done a great job of presenting this as an infection. Going with that theme, I think The Master is getting stronger and that is somehow speeding up the transformations of the infected. Also, remember Abraham said in the earlier episodes that some people change faster than others. The dead on the airplane changed a lot quicker than the 4 survivors did. So I think this is by design. It's like if two people get the flu but at different rates and severities.   It's things like this that make me really enjoy this show because it adds a sense of realism in a way. It also why I don't mind Eph talking about finding a scientific explanation for what's happening because it does ground it a bit.

Since I'm talking about The Walking Dead comparisons, Zach really is Season 3+ Carl Jr.   In the first 5 minutes of the episode he already proved himself to be more useful than Nora. He found a working laptop, then used the "Find My Iphone" app to locate where his mother's phone was last. I love this kid. Get him a cowboy hat and a gun and Carl Jr. might have some serious competition. Nora on the other hand has to go. She's turned into just being a sidepiece who gets in the way. And her mother isn't useful either. They're both liabilities. Funniest part of this episode was Eph trying to apologize for treating Nora like a sidepiece although that wasn't what he was calling it. Eph is very very very bad at things like this. 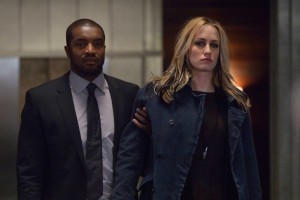 What were Vasiliy and Dutch thinking? They really thought they were just going to stroll right into the Stoneheart Group office and not get caught? Outside of the obvious sexual tension between Dutch and Vasiliy, I'm not sure how much use Dutch really is going to be if they can't get her a computer soon. Honestly I need Dutch and Vasiliy to have sex so that Dutch can die and Vasiliy can go back to focusing on killing things. Priorities people. Speaking of priorities, Palmer proves that some men do just want to see the world burn. He really sold out humanity just because he's an old man that's afraid to die and wants to cheat death. I am surprised that Mr. Fitzwilliams is betraying Palmer though. Seems like he knows what Palmer is doing is wrong but is still trying to be loyal and not going completely against him. Of course, this is the same thing Roger R. Cross' other character, Curtis, in 24 so....I'm expecting him to get the same fate. You can't have two masters.

Not a bad episode. This episode for the most part focused on what happened to Kelly and I believe it's going to play a bigger role in a later episode. The Master calling Kelly specifically HAS to mean something. I also liked that we got to see "through the eyes" of one of the vampires. The episode like the last isn't as high in tension as the 'Creatures of the Night' episode but I think it's just setting us up for something big as we come up on only 3 more episodes this season.