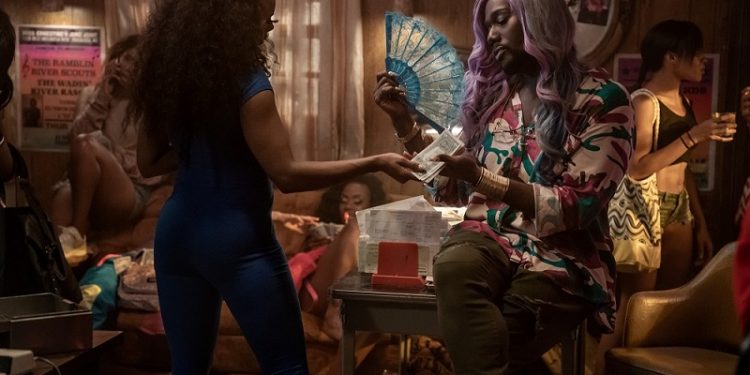 P-Valley (a.k.a Pussy Valley) premiered July 12th on Starz with a whisper campaign already in progress. What many thought would be -at best- a higher class episodic version of the Player's Club was instead, a vividly nuanced world built on the Mississippi Delta region's nightlife and strip clubs wrapped in a crime-novel-worthy mystery.

P-Valley is far more than just a look beyond the pole and into the dressing room. It's the slow burning - gorgeously lit - journey of women on a hustle to fund (or save) their own lives.  This show has LEVELS. Just as soon as one twists unravels there's a turn to keep it unpredictable.

Creator and Showrunner Katori Hall (Tina: The Tina Turner Musical) assembled an all-women team of directors and writers to develop her stage play into a dynamic neon-drenched drama. P-Valley pours the moral ambiguity and cynicism of sex work into a gritty film noir mold. The end result is a intricate plot-driven by the titillating and traumatic (with a side of ambition) all set to a mood-altering blend of the blues and trap music. And with that decision, Delta Noir was born. With every reveal from inside The Pynk, the more riveting each club performer's subplot becomes.

The writer's room gave a subtle hat-tip to noir archetypes, like the girl-next-door, the femme fatale, and the good-bad girl crafting characters that subvert narrative expectations with a hefty dose of existential angst. The savvy story direction and spot-on casting infuses each character with trope-defying authenticity. The women of P-Valley are the living embodiment of "classy, bougie, ratchet, sassy, moody, and nasty" in the best and most savage of ways (Megan would be proud). 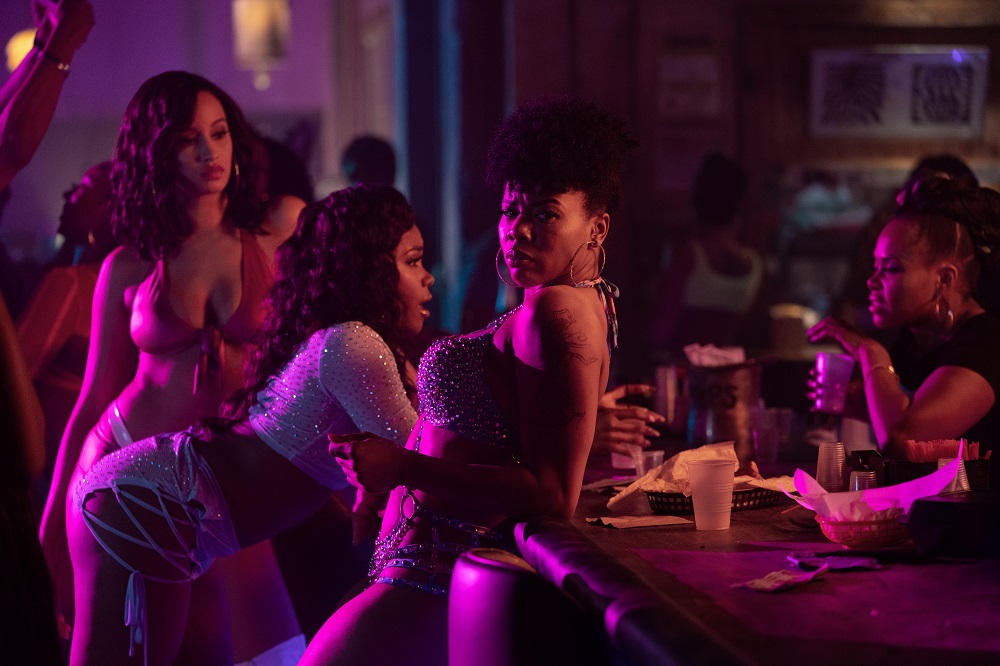 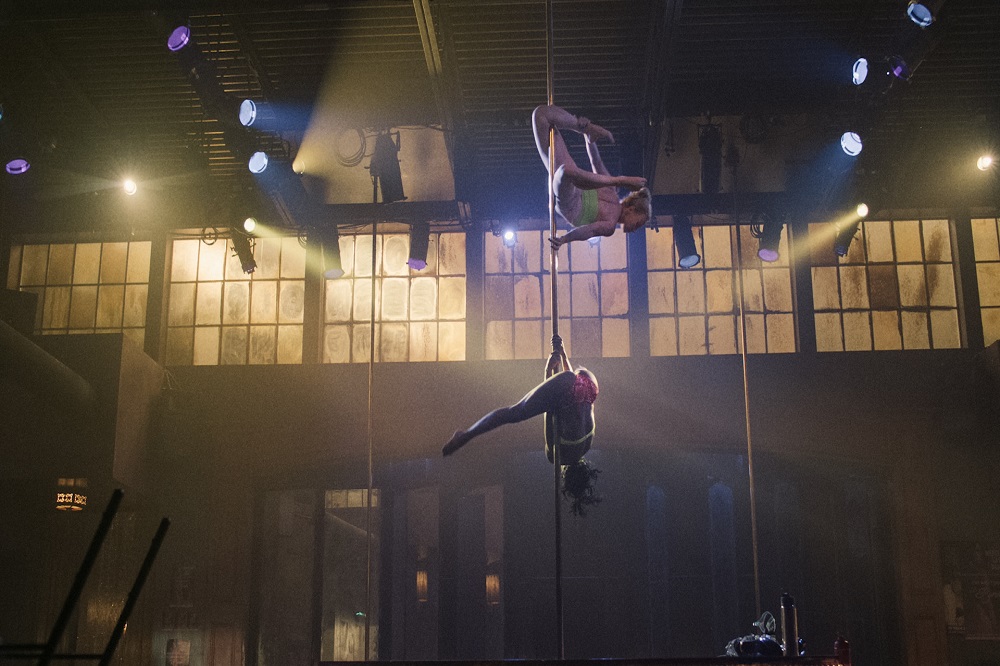 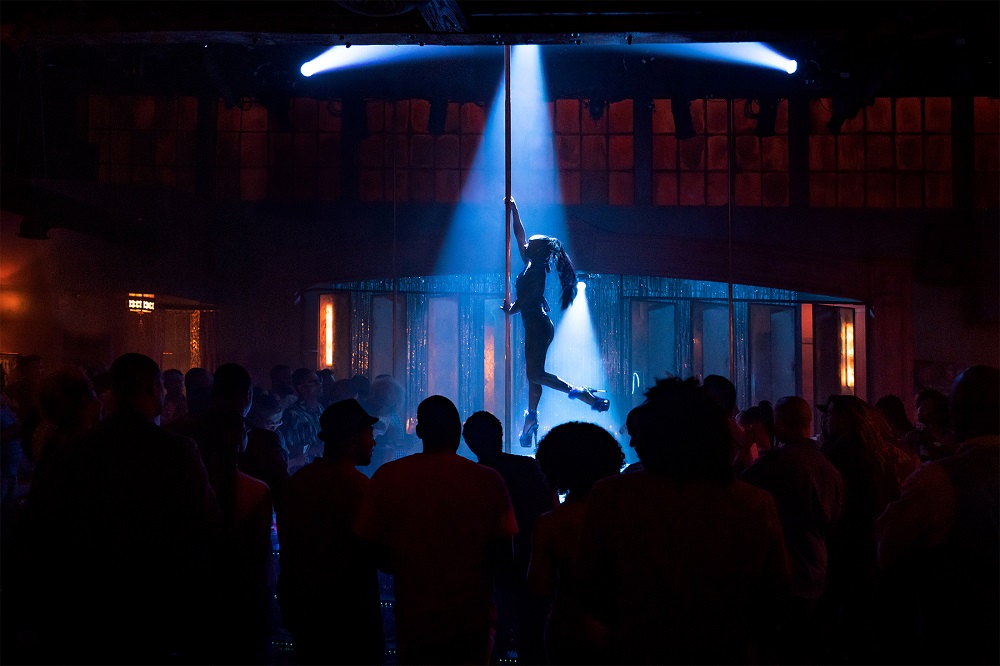 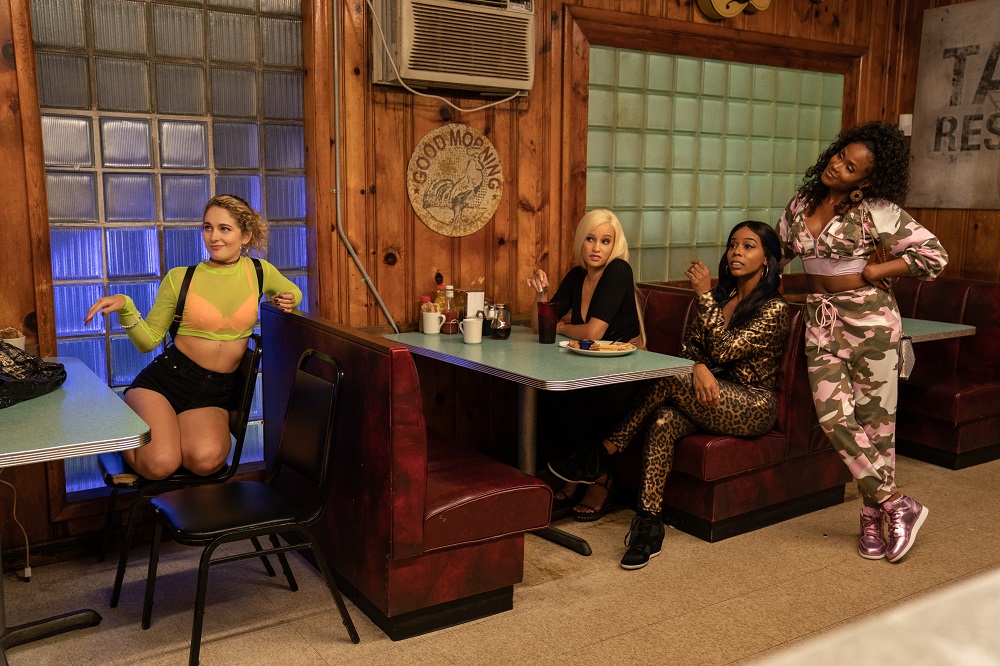 These aren't, however, hollow caricatures as is often the case when a story centers Black women. The P-Valley writers built these women with depth. Each capable and fully embracing their agency.

Crafty writing shows them leveraging their personal power at work then juxtaposes those moments with the complicated personal lives each struggles with daily. Each theme-driven episode runs the gambit of family issues, domestic violence, colorism, racism, betrayal, and other oft mishandled issues festering within portrayals of the Black community. Hrere, every story arc's told with an eye always towards honesty and handled with a deft touch.

P-Valley constantly up-ends presumptions about what "kind" of woman dances for a living (and why).

But, this Delta Noir set to destigmatize more than just stripping. Although it definitely accomplishes that with wit and gritty honesty. So, expect P-Valley to put subtly center body-positivity, addiction, PTSD, toxic mother-daughter dynamics right next to deconstructing masculinity, and embracing one's sexuality. The apologeticness of it all is gratifying.

Like In Any Good Noir Drama, Trouble Comes To The Delta...

Life in a small town is never simple. And in Chucalissa, the same people throwing dollars until dawn at The Pynk on Saturday are seated in the pews of churches on Sunday. The hypocrisy is real.

Club owner Uncle Clifford (Nathaniel Nicco Annan) needs revenue streams to ensure The Pynk survives. He's determined to preserve his family land and see his club thrive. So he plays the game. Clifford's (and The Pynk's) place in the community (and importance to the plot) is constantly evolving. Because thankfully, in P-Valley, The Pynk doesn't exist in a vacuum. 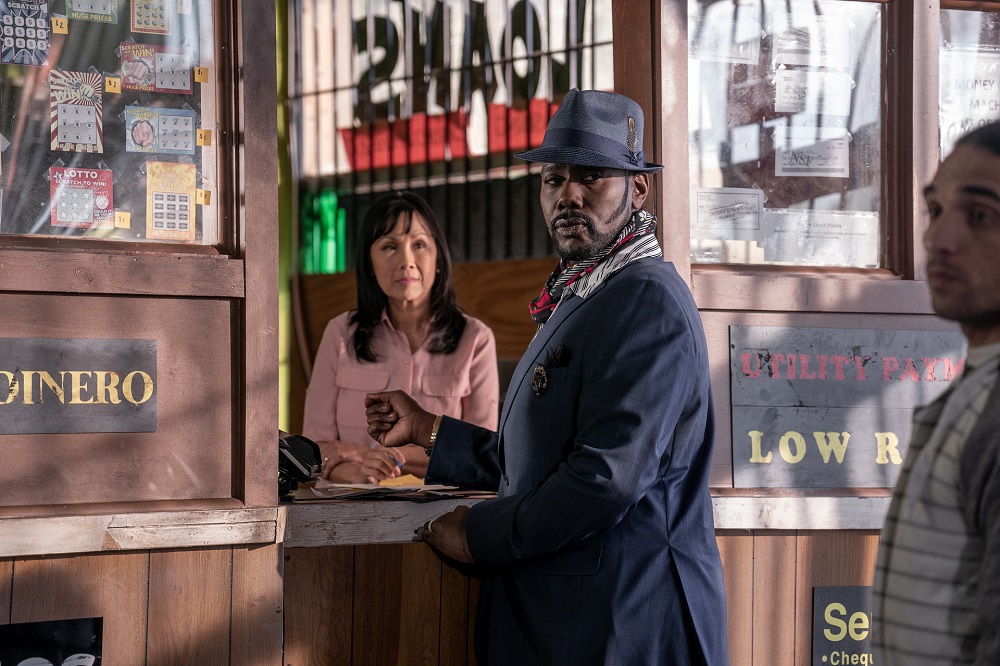 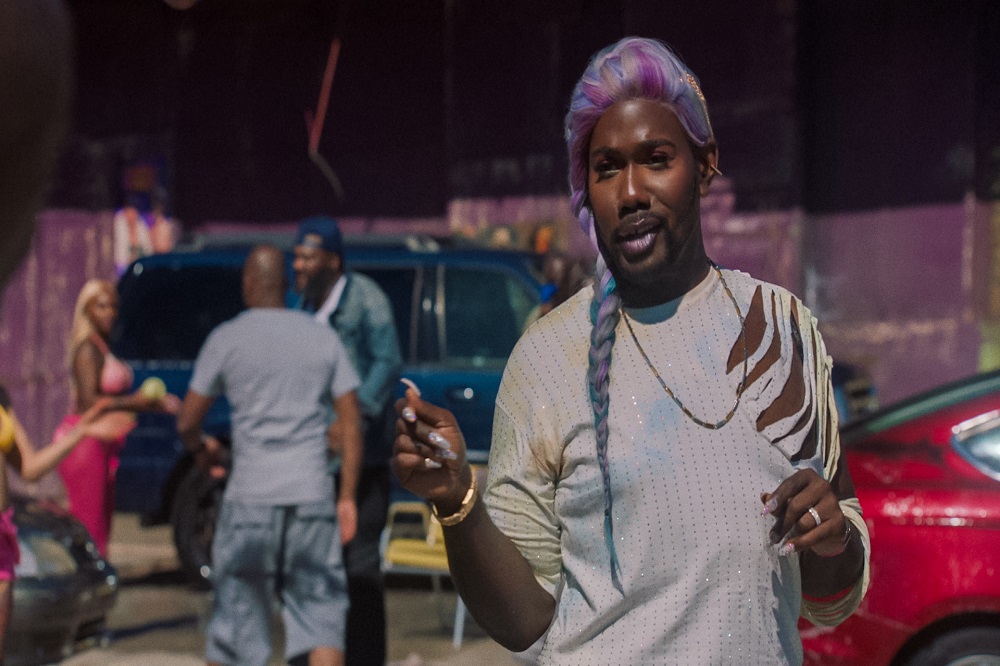 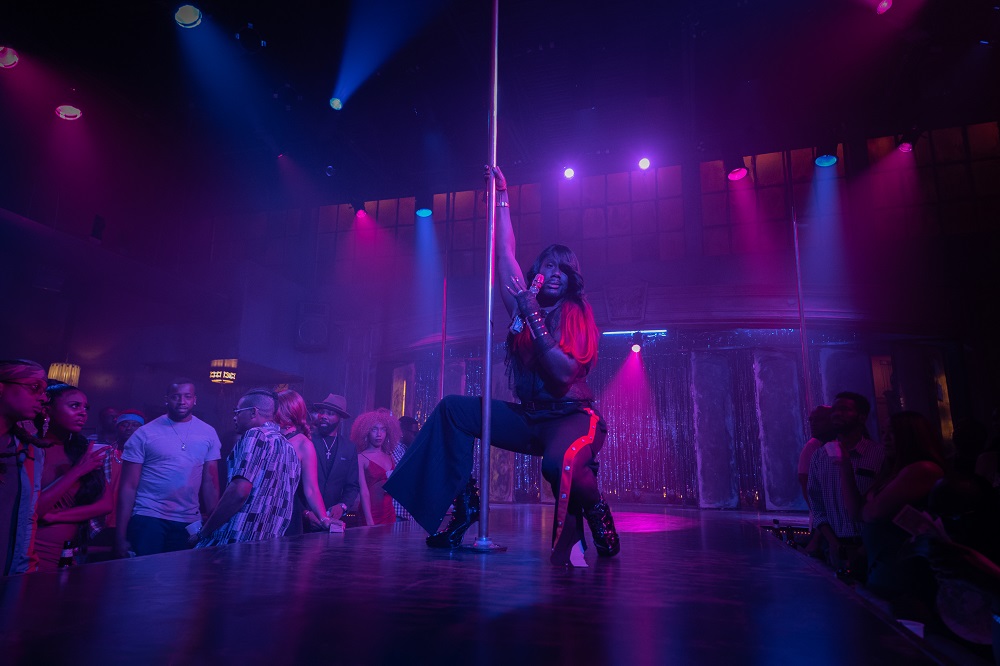 This former(ish) plantation town is due a massive face-lift. Enter the mysterious Andre Watkins (Parker Sawyers) and his client gobbling up real estate all around town. Watkins believes he's on the cusp of breathing new life (and jobs) into the area. But his interests are certain to clash with Uncle Clifford's. As this story unfolds and overlaps with the drama inside The Pynk it's increasing obvious Uncle Clifford's land is seriously in play. It's an refreshing way to approach the complicated relationship between Black people and land ownership.

It also creates fertile ground for a uniquely noir-style drama to fascinate and engage. There's such stress and strife in constant play that every conversation and story pivot feels vital.

How much of what makes Chucalissa unique will survive the coming gentrification? What will the too slick-to-believe Mayor Tydell Ruffin (Isaiah Washington) do to secure his political legacy? How far will it all force Uncle Clifford to go to save The Pynk? These questions push an urgency into the already building tension and help carry the overall story better than any disembodied narrator in a smoke-filled PI mystery could.

Heavy Is the Head that Wears the Crown

P-Valley digs into the costs of survival after constant economic downturns. It never flinches or sugarcoats the choices (graceful and grimy) people make to push through.  This all serves as the prefect backdrop for Mercedes's (Brandee Evans), The Pynk's top performer, story to play out. The writer's carefully weave development for all the performers but it's immediately clear that Mercedes's conflicted feelings are up first for fleshing out.

Mercedes is ready to be done with the game. She's been living lean and banking her earnings in preparation for the next phase of her life. But her familial ties and friendships keep her tripped up and threaten to topple everything she's worked for. She craves a kind of respectability being a headlining stripper will never permit. 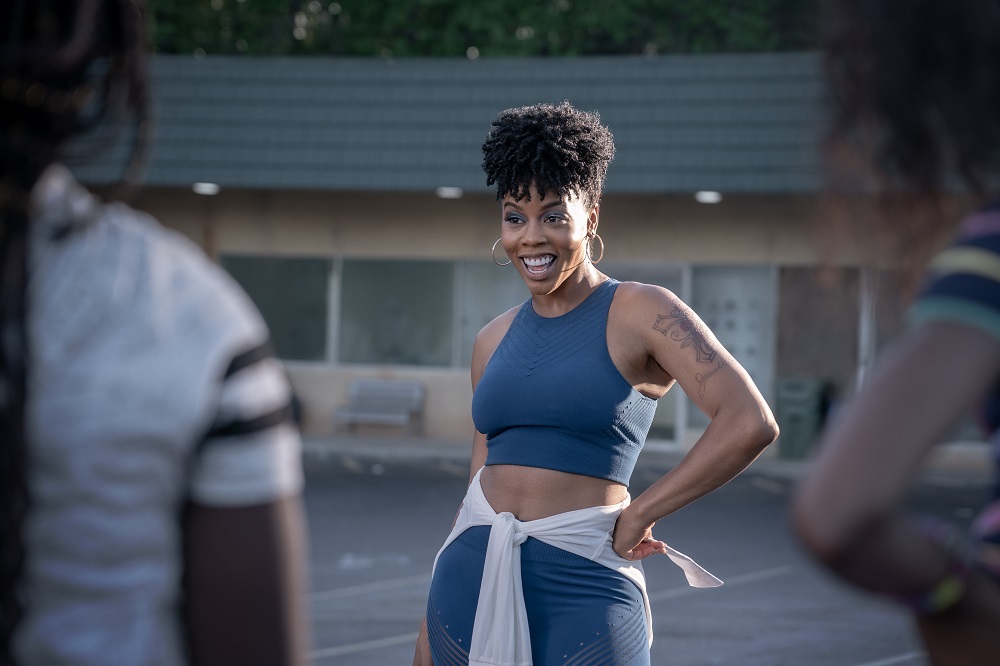 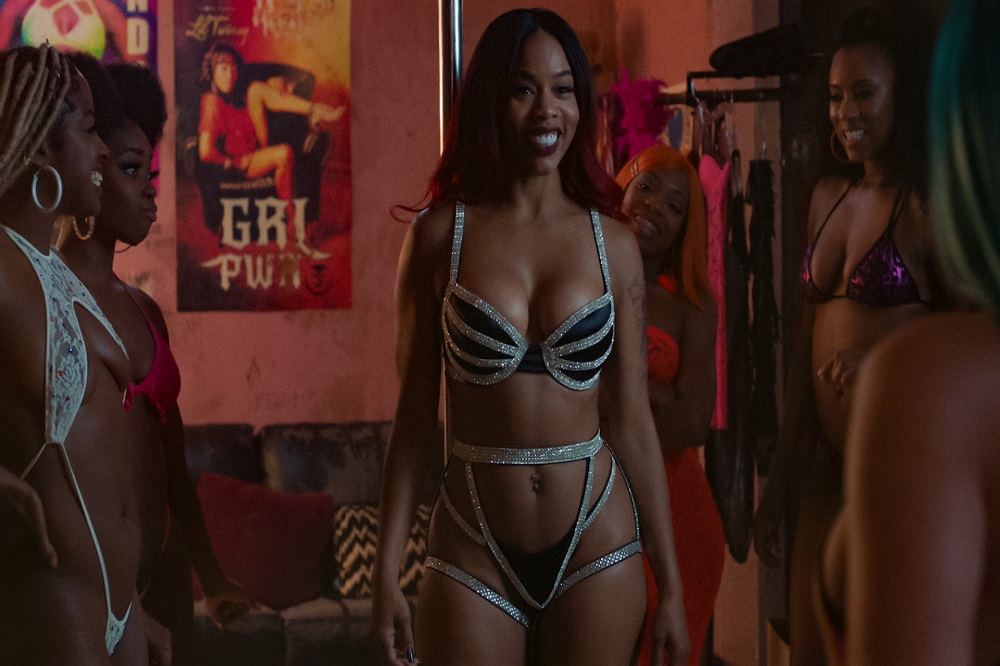 But, giving up her throne proves just as difficult to accept. When a new girl drifts (literally) into town and works her way into the lineup, Mercedes is immediately on guard. And Mercedes's vulnerabilities are constantly exploited by the one person she should be able to trust, her mother Patrice (Harriett D. Foy). Her choices are often contradictory and counterproductive for her personally and for The Pynk. Plus, the fallout from this arc causes a shift in plot that raises as many questions as it answers about Mercedes.

She'll need to decide where her loyalties and focus should be if there's even a chance of making it to the other side.  It's all as relatable a situation as it is incredible.

As the first performer to take front and center watching Mercedes's life fragment on screen sets the bar high. This is a woman conflicted about her future, her self-worth, and her loyalties. She's forced to confront her shortcomings even as she reaches for better. In a show with multiple story-lines unfolding simultaneously, the P-Valley writer's room hardly miss a step. The hints at what's going on with the other women is definitely encouraging about what other deep dives will offer up.

But Who is Autumn?

Mercedes struggles unfold alongside the intrigue surrounding new girl in town, Autumn Night (Elarica Johnson). Autumn clearly has a past; one riddled with hints of a violence. Her seeming stoicism poorly conceals severe trust issues and a selfishness that fueled by PTSD, arrogance and fear.

Autumn comes on board as a performer at The Pynk by winning a competition. She's a fresh face with confidence. Uncle Clifford immediately sees her potential and her need for a way to make quick money. 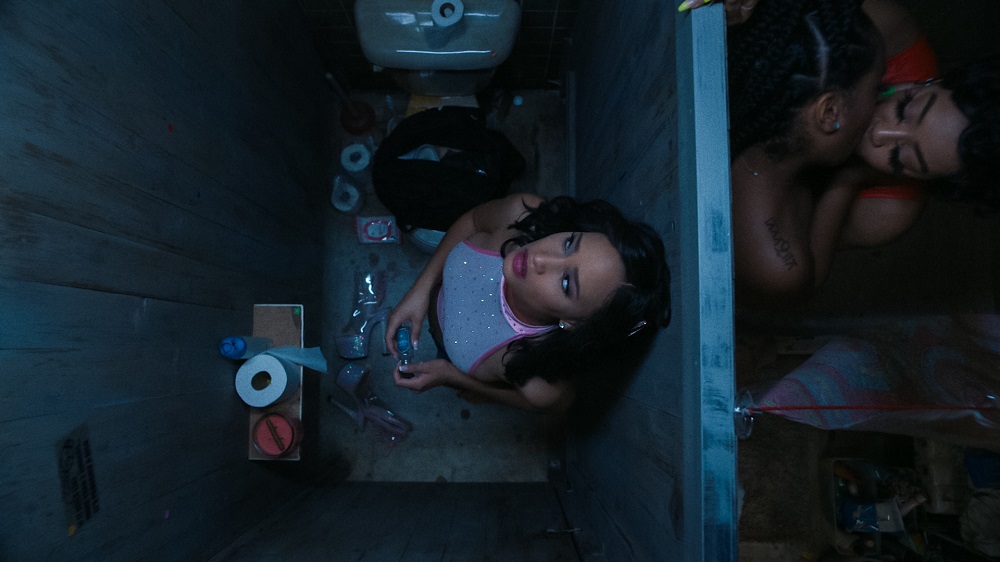 Of all the brilliant aspects to P-Valley, Autumn's story-line most closely includes traditional noir elements. There are flashbacks, red herrings, stark lighting, and steamy moments. Every aspect of her life in Chucalissa intersects some other part of the bigger drama. Through Autumn's extremely damaged viewpoint lies entry into the seedy forces swiftly converging on The Pynk.

It's compelling, occasionally crass, and there's always something new to unpack. Because Autumn makes enemies faster than she makes friends. And everything about her is a contradiction.  The combination makes for an almost brazen recklessness that sure to lead nowhere good.

Just What the Summer Needed

P-Valley's aesthetic oozes its Southern influences in ways that hint at the trouble brewing just beneath the surface of this white-flight ravaged Mississippi Delta region. From the costuming to the locations, P-Valley is a full-immersion experience. One that'll set tongues to wagging with every cliffhanger and murky secret. It's a welcome departure from the expected at every turn.

At the halfway point, it feels like all the players intend to bring their A-game. Every scene and bit of dialogue builds a world full of elaborate gamesmanship and confronts the best and worst its characters have to offer.  It's impossible to describe all the ways in which this sex-positive stunner engages and entertains. Just know skipping P-Valley, is not practicing good self-care.

Ro's written review originally released on July 12 when the show premiered but we're re-releasing it with a audio review. Listen in as Ro and Joi discuss all the things about P-Valley that make it one of their favorite episodic television shows thus far this year. *Starz knows P-Valley's something extraordinary. It's already renewed it for a second season.