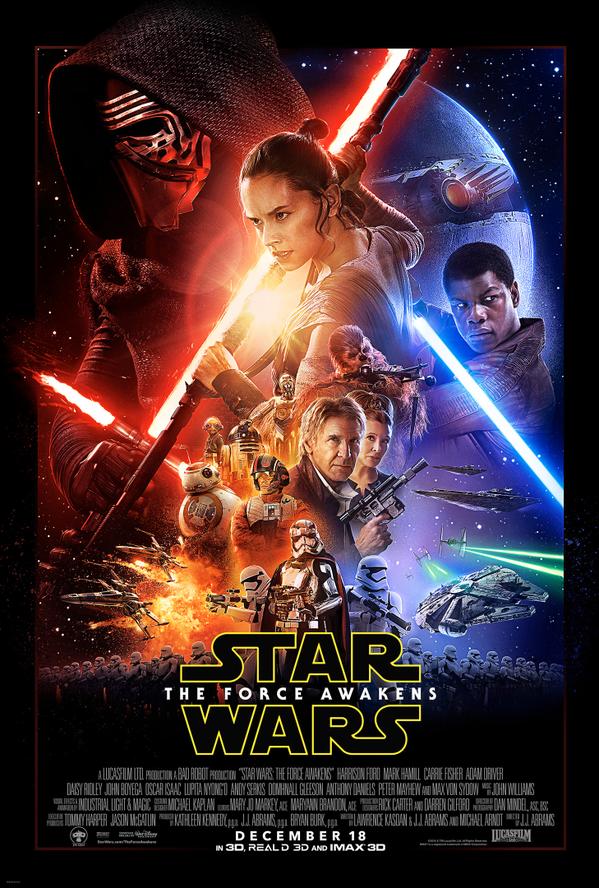 After several months of Instagram & Twitter teases, we finally got a look at the latest full trailer for Star Wars The Force Awakens during Monday Night Football.  To say that I'm excited is an understatement. And I'm not alone. Tickets went on sale tonight and there have been reports of sites being shut down as fans rush to buy tickets. Truth is, this might end up being one of the biggest movies of all time. Episode VII seems to be getting excitement from both the Original Trilogy fans AND the Prequel Fans. Bringing those two groups together is not an easy task but it seems that the JJ Abrams helmed project is doing just that. It also helps that this is a very diverse cast with Daisy Ridley and John Boyega taking center focus in not only the posters but the trailers as well.

Only a couple more months fans. December 16th, the force will be with us all.