Sputnik Blurs the Lie Between Man and Monster 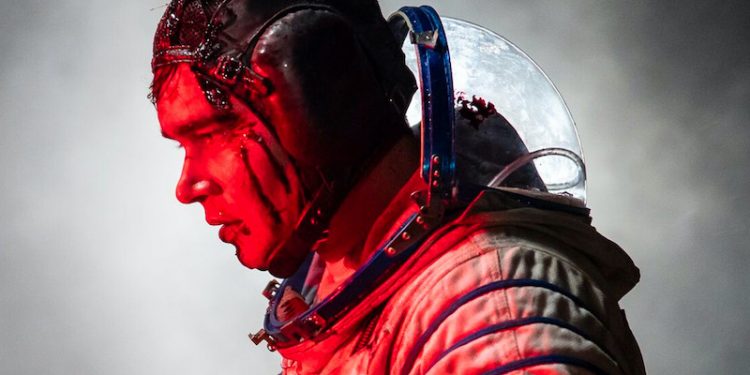 Ro8
Kriss8
8
If you’re looking for a ground breaking alien creature-feature, Sputnik may leave you a bit disappointed. However, if you’re looking for a film that puts a unique spin on the typical “astronaut brings some alien life form home with them” trope, then Sputnik will be right up your alley. One of the problems with a typical alien creature feature is that they all follow pretty much the same themes. Sputnik takes a slightly different path and straddles the line between trying to contain a deadly alien creature and determining the line between man/alien. By doing that, it differentiates itself enough from other films and makes Sputnik a highly effective film.
One of the key elements of a good creature feature film is obviously, the creature. An effective creature can turn a typically mediocre film that could easily be forgotten into a memorable one. Sputnik starts off a bit slow bu that makes The first time the creature appears even more jolting. The more that’s revealed about the creature (what it eats and how it comes out of astronaut Konstantin Veshnyakov are only made more intriguing by the questions that aren’t answered (Is it a parasite or some other symbiotic creature, can it be controlled, etc).
Borrowing from The Thing, Sputnik leans heavily into using the personalities of the human characters to drive the conflict. The "who is really more of a monster?" trope has been done plenty of times before so again, this isn't ground breaking. That said, the film does a great job developing Oksana Akinshina's Tatyana and contrasting her character against the men she's having to deal with.

Overall Sputnik is a Sci-Fi horror film worth checking out. The creature alone is enough to give you nightmares and the performances also help keep the audience engaged.