Spoiler Review: Netflix’s She-Ra Must Be Protected At All Costs 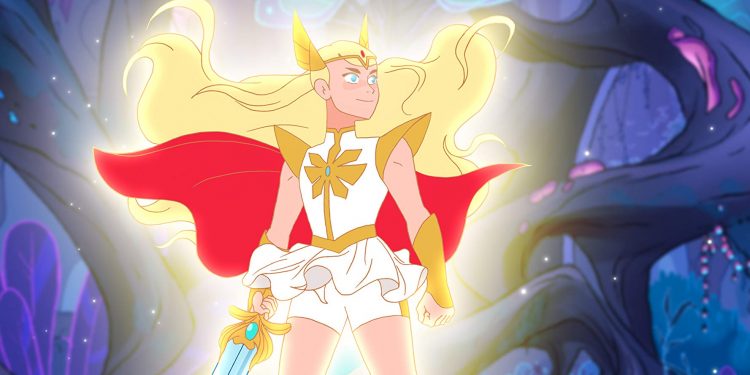 Over here at MTR Network, we definitely say #MakeMineMarvel but running a close second would be #MakeMineNetflix. The streaming service has been providing all types of entertainment from intense dramas (Roma), horror and genre (Bird Box, Lost in Space) to foreign language shows and romcoms (The Hook Up Plan, To All the Boys I've Loved Before). And amongst their diverse fare is a reboot of the 1980's cartoon She-Ra: Princess of Power.

Renamed She-Ra: Princesses of Power, the new show focuses on Adora, an orphaned Horde solider, who realizes that she's been fighting on the wrong side after she comes into contact with a magic sword that transforms her into She-Ra, a legendary warrior. Adora also befriends Glimmer, a princess, and Bow, Glimmer's best friend and a fighter, in his own right. The three of them, dubbed the Best Friend Squad by Bow, embark on an adventure to find themselves and unite the princesses in an alliance to fight back against the Horde. Along the way, Adora must face her former friend, Catra, and her surrogate mother/mentor Shadow Weaver, the latter of whom wants Adora back at any cost  and the former who is finally out from under Adora's shadow.

To discuss the first season,  Bacon, from the ADDSpace podcast, and Lance join Shanna and The Doctor to talk about the themes of girl power, black boy joy and how the show decided to update everything but these simple names. Join us for ADVENTURE!