Spoiler Review: Fatale – When Your Dick is Not Your Friend 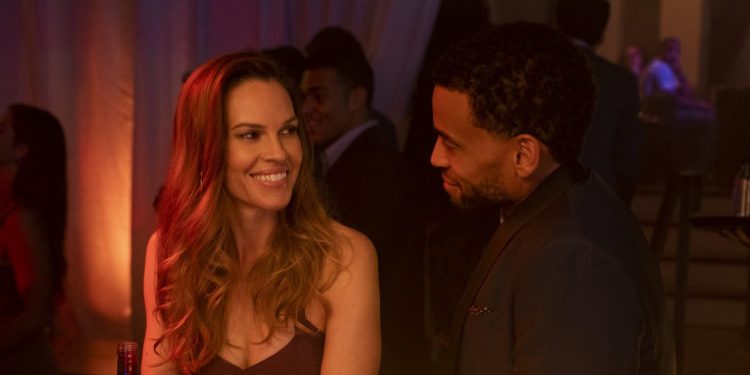 Oh Michael Ealy, we need your agent to help you pick better projects. Fatale is a wanna-be femme fatale "thriller" that only stands out from the crowd in how bad and mockable it is. This film crams at least three different storylines together in a hastily and clumsy manner then tries to spend the last 10 - 15 minutes bringing them all together in the most mind numbingly dumb way. The real entertainment value comes from laughing at the absurdity of it all.

Michael Ealy plays Derrick, a successful sports agent that has a one-night stand with Valerie Quinlan, a woman who turns out to be a police detective with her own problematic past. Detective Quinlan gets Derrick wrapped up as a pawn in her own plans, using secrets from his own life against him.

The first unbelievable part of this movie is that Derrick would cheat on his beautiful wife, Traci (Damaris Lewis) with Quinlan (Hilary Swank). I mean, I get it. Men don't make the best decisions when cheating in reality but this is a movie. They could have at least pretended. This movie is about desire and passion and it's really distracting when the two characters that are supposed to be having some kind of sexual attraction to each other, don't.

But that's just one element of this film. The other element is the poorly thought out and executed 'Strangers on a Train' plotline. None of it makes sense or is carried out particularly well. Quinlan is positioned as someone who is manipulating Derrick and is staying one step ahead of him but in reality, the script is just so poorly written, everyone is dumb. This is honestly a film that can benefit from what I'm calling 'Wine Goggles'. Basically, you drink so much wine while watching it with friends (remotely of course, we're still in the middle of a whole parademon), it becomes entertaining because you all are drunk and slurring your words as you yell obscenities at the characters for being so dumb. Basically this film can be so bad it's good (with enough liquor). At least, that's how we got through it. Your mileage (and liver) may vary.

Check out our full spoiler review below.