Spoiler Review: Antebellum – What Were They Thinking? 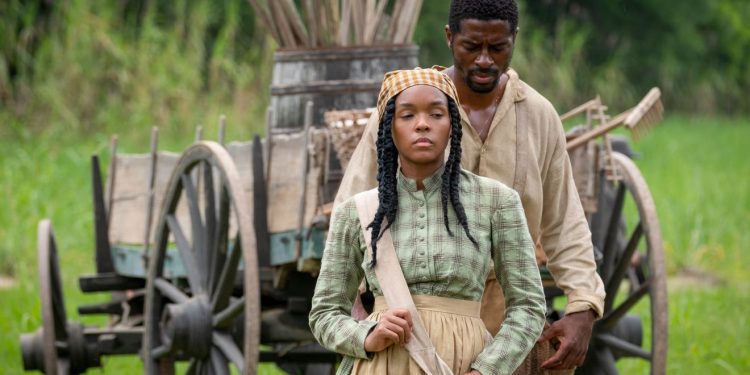 Ever watch a movie that's so bad and has a concept so offensive you want to fight the filmmakers? If not then maybe you should watch Antebellum to get that experience. Seriously, everyone who was involved in the making of this film has a lot to answer for.
Antebellum is essentially slave torture porn mixed with confederacy cosplayers. It’s like someone said “Let’s focus one the pain and torment of slavery with a weak non-existent attempt at a message and make a movie”.There really wasn’t a more pointless and offensive movie in 2020.
Janelle Monáe has built a pretty impressive filmography which is why her choice to participate in the clusterfuck that is Antebellum is perplexing. Maybe the script read better than  it did in execution but even that’s hard to believe. Directors/Writers r Bush and Christopher Renz should be forced to sit in timeout for the rest of 2021 and be forced write “We will never write/direct a film as dumb as this ever again” over and over.
We watched this film so you don’t have to. Thankfully we watched it for free.  My New Years Resolution is to have the same level as audacity as the person who sent  out  Antebellum for a ‘For Your Consideration’ push. Listen below as we go into all the ways this movie was terrible.