‘Soul’ Always Stays With You

Over the past decade, Pixar's excelled at building deep existential dilemmas into touching animated feature films. Director Pete Docter (Inside Out, Up), in particular. Docter's known for his skill in blending weighty themes into emotionally charged, yet charmingly joyful, treks through the human psyche. So, it only makes sense that Pixar paired him with Kemp Powers (One Night in Miami) as co-director and co-writer on his passion project Soul.

You'll be pleased to discover that Soul leans into what Pixar's best known for, creating an immersive world of visual and sensory delights woven into a thoughtful and emotional journey.

Teaching, Dream Chasing, and all that Jazz

Joe Gardner (Jamie Foxx) is a jazz musician making his living as a middle school music teacher. Jazz feeds his soul but it doesn't pay his bills. Gardner dreams of performing onstage. But it's starting to look like that's a dream he'll never realize. His mother, Libba (Phylicia Rashad), wants him to accept an offered permanent position teaching and give up on pursuing jazz as a career.

Just as he's losing hope, a call from Curley (Questlove), a former student leads to an unexpected audition. Gardner secures a spot playing with renown jazz musician Dorothea Williams (Angela Bassett). It's his chance to play at the world-famous Half Note jazz club. On the cusp of realizing his dream, he rushes towards home. One moment of inattention leads to an accident that jettisons him out of his body and on his way to the Great Beyond.

Gardner comes to in his spirit form and, upon realizing he's no longer among the living, refuses to accept his fate.

Refusing to Give Up and Discovering Your Spark

The meat of this film encompasses Gardner's attempt to avoid going into the Great Beyond. The visuals for the hereafter, by the way, are startling and more than a touch mesmerizing. The blend of a soft color palette and sharp angles creates a stark contrast to an Earth pulsing with life in such bold color it's almost tangible.

Gardner's escape efforts land him as accidental mentor to a seemingly cynical 22 (Tina Fey), an unborn soul, in the Great Before. As 22's latest mentor, it's Gardner's job to help them discover their spark and earn their pass to a life on Earth. From this point on, expect hilarity, tear-jerking moments, and pithy banter.

Shortcut Back to Earth

Gardner just knows his reason for living is jazz. It's hard for him to see his life from any other perspective. Until he's forced to. Inspiring 22 to want to have a life proves a daunting task. But guiding the reluctant soul to their own "spark" is secondary. It only matters as a means to get him a pass back to Earth in time for his gig. 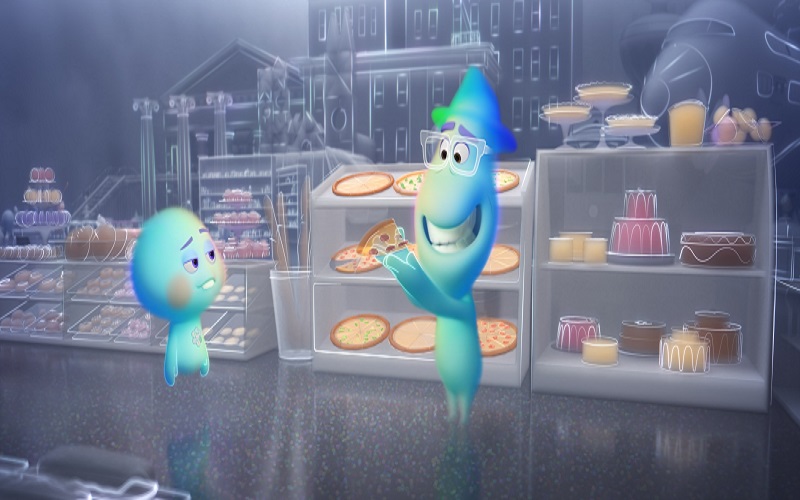 And this is where Soul really finds its footing (and will lose a bit of ground with some). Watching as this pair blunder their way through life's turns, is both hilarious and ironically enlightening.

Throughout, a non-corporeal Joe is still distinctly himself. He's also still self-involved in a way that's well past obsessive. The bedrock conviction that jazz is his life blinds him to the fact he's not really been living. A never-been-born 22's convinced they've seen enough of life to skip it altogether. What each discovers, about themselves, and each other, along the way highlights how very easy it is to miss the point of it all.

Revelations occur naturally in this world through secondary characters that work to build a version of life in New York that practically screams the creators love at every turn. Jamie Foxx and Tina Fey's chemistry makes for a captivating duo navigating the highs and lows of Gardner's life. The secondary characters are also well developed story essentials that add their own flavor and color to the action. If the jazz doesn't make you a believer, the barbershop scene certainly will.

There's a lot to this meaning-of-life adventure full of humor and hijinx to allows for maximum enjoyment by young viewers. For adults, Soul offers a more subtle commentary on the importance of never loosing sight of what sparks joy - and appreciating the little things - filled with irony, wit, self-deprecation, and most of all, heart.

Soul marks the first time Pixar's centers a Black male lead character. And while not perfect, Soul steps out on the good foot with a world grounded in realness. It also challenges many racial tropes; just, perhaps, not in the way some hoped. It's certain to start conversations about what really  makes you "you" but also, raise questions about how much should retention of the physical Black body factor into the telling stories centering Black people. 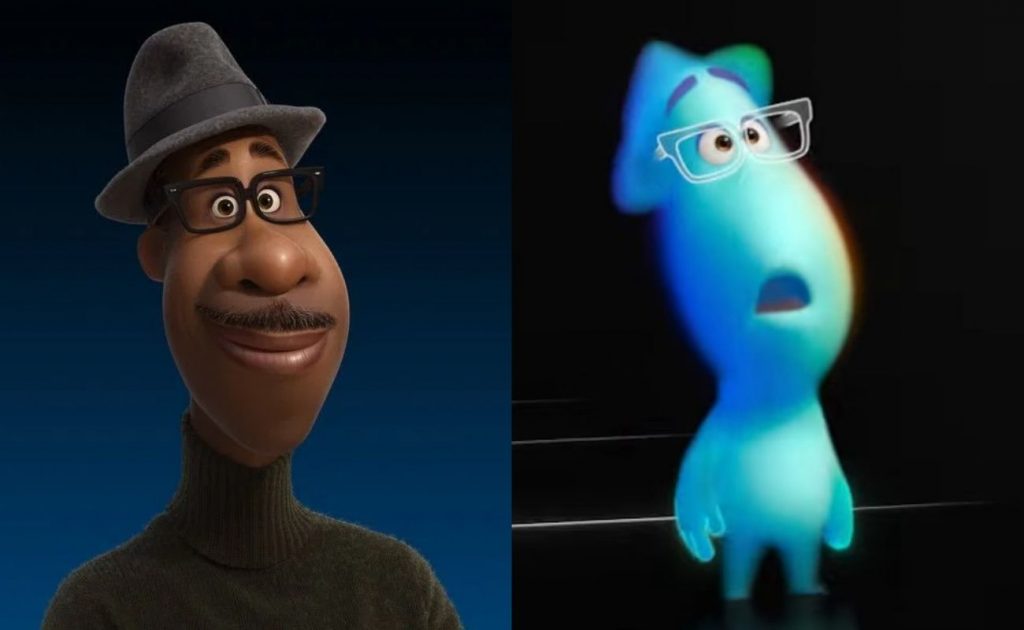 That last is likely to be a sticking point for many Black people. It's a valid concern given animations' history of a exhibiting a decided lack of care in representing Black people on screen. But this time, throwing Gardner into a literal out-of-body experience isn't simply a cheap work around to avoid acknowledging race.

Joe Gardner exists in a rich and vibrantly alive landscape that in no way discounts his (or anyone else's) Blackness. There's community here. His journey is also a come-to-Jesus anyone wiling to embrace his experiences can relate to. Soul doesn't neglect what makes up his circle of people on Earth.

Those encounters are vital to keeping this story grounded and three dimensional. More pointedly, those Black characters speak volumes about what makes up the heart of his people and this bustling metropolis.

It's very swiftly clear, the lessons Soul's out to teach, can't be learned with Gardner in his body. Although more time with him on Earth in the first act could've potentially made for an even more balanced and richer experience. It's still a pointed clarion call for introspection that shouldn't be discounted.

Moreover, powerlessness and frustration are persistent themes at play. Forcing Gardner to be an observer to his own life, for a time, creates an opening for a more nuanced look at the consequences of being too self-involved or socially disengaged. It showcases how such focus can translate into a carelessness with the emotional well-being of others or missing opportunities to connect along the way.

It's going to be easier for some to hone in on 22's journey (and be upset about how the creators went about parts of it) because many won't want to admit that Joe Gardner is self-absorbed, closed off, defensively dismissive, and often patently ungrateful for the good in his life because it didn't come via fulfilling his dreams. Like a lot of people, Gardner's shied away from taking a step back and examining how he moves through (and impacts) the world and the people around him excusing the failing because what's most important (he thinks) is jazz, his "reason" for living.

Soul makes serious points worth pondering along the way. It's also saturated in music that poignantly adds a rhythm to its storytelling that elevates even everyday interactions in importance. If you've ever wondered if you could explain to - or show - someone what makes life worth living, then Soul's definitely in your cinematic wheelhouse.

So, prepare because Soul's got a soundscape, designed by Trent Reznor and Atticus Ross, that aims right for your emotional soft spots and a story that zeros in on that unexamined life you may be living. Soul remains squarely centered on Joe Gardner as he learns the value of generosity and what it takes to truly save himself.

Spoiler-Free For the People

The MTR critic crew got together to discuss Soul and what makes it, for us, a recommended do not miss. We dig into some of the film's themes and unpack why Soul hits amazingly different visually. The trailer gives a lot away but we did our best to navigate around big turns while still unpacking our thoughts.

Life is full of possibilities, you just have to know where to look. Watch the new trailer for Disney and Pixar's Soul, streaming this Christmas only on Disne...

Disney and Pixar’s Soul will be available exclusively on Disney+ (where Disney+ is available) beginning December 25, 2020.