“Sonic The Hedgehog” Proves To Be The Fast and The Furriest 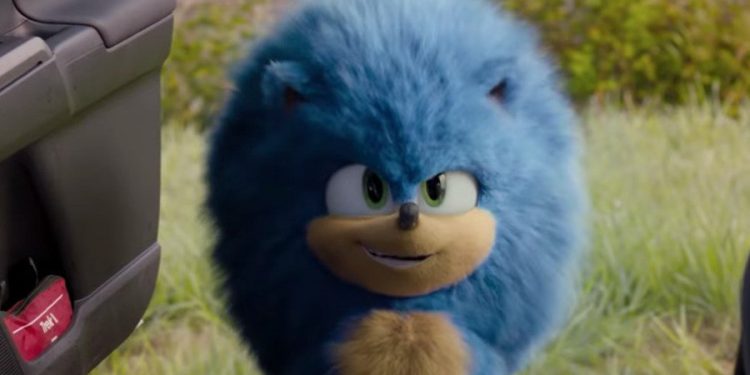 Brandon6.5
Ro5
Even though Sonic The Hedgehog seems to be going no where fast, that doesn't stop this from being an enjoyable film for Blue Devil fans.
5.8

And, that's probably all that matters given this project out the gate had to be forced by online fans to redesign their redesign of Sonic, a gaming staple who fans have been hand drawing on elementary school desktops since 1991.  Dated in even it's nostalgia -you'll be hard pressed to find anything done with the character in that last 30 years that could be considered revolutionary- Sega still managed to link up with the Fast and Furious production company (Original Film) to take on another speedy project.

Longtime Blue Devil worshipers can finally part praying palms and rest easy.  It's not a complete dumpster fire.  New fans however will either fall-in-like or fall asleep, and this goes for kids and parents.  Similar to Detective Pikachu, Sonic The Hedgehog is a blue blur of film adapted from a beloved gaming franchise that benefits from passable cgi, fun action, and ,despite no memorable moments, still manages to dodge enough plot holes to satisfy anyone excitedly plopping their butts down in the seats to see Big Blue.

The film opens with a cutely version we'll call Baby Blue racing through the his world.  These scenes are all animated stylized similar to Rise of the Guardian, where an owl from Legend of the Guardians, acts as Baby Blue's guardian.  Mama Owl drops some wise words of worry on Baby Blue who rebuffs while brushing his shoulders off, but then immediately is forced to make haste escaping pursuing threats in his world.  Cut some years into the future and our spunky hedge of a hog is chilling under a tree in his boy-cave rocking out to his favorite Wil Whedon playlists, reading comics, and stalking residents in the town of Green Hills, Montana.  He's bored and lonely in Montana -- understandably, there were better places to call home.

His favorite person is Sheriff Deputy Highway Patrolman Trooper Tom, whom he calls the Doughnut Lord.  Tom's wife is Maddie and both done bout had it up to their knees in horse droppings and small town slop-portunities.  Fast forward, heh, Tom gets a new job in the big city of San Francisco.  But, as he's leaving town Sonic alerts the whole world to his existence and the government puts Jim Carrey's Ace Ventura take on Dr. Robotnik on the case.  The film is about loneliness, family, finding your place in the world, and the absolute egregious government waste of our taxpayer dollars on maniacal Robo-incel drone projects. 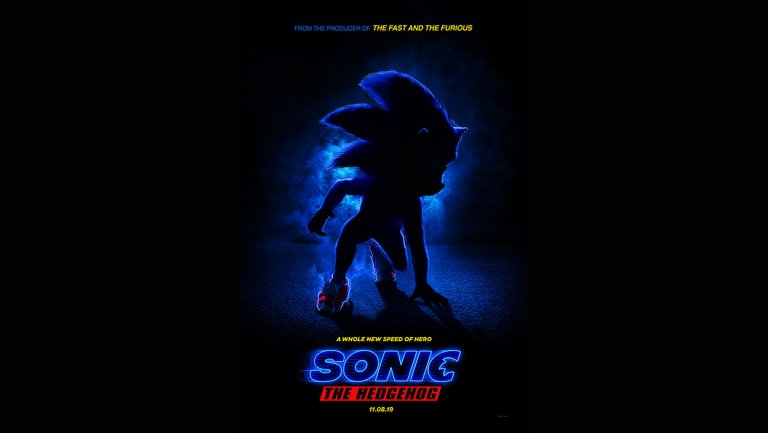 Lucky for you, like it's chat happy teenaged quickster, Sonic The Hedgehog hates the word "slow".  The pacing of the film doesn't give it's audience time to anything, which works in it's favor.  First you're here. Then you're there.  Then we're back.  And, it's over.  Sliiiiiide to the left.  James Marsden works well in live action and shoulders the film with a smile.  Tika Sumpter is cute.  Yay cute.  The town gets about as much time as it gets streets and hot news fresh off the wire.  Ben Schwartz does some great voice and MoCap work here making Sonic charismatic, kind, cool, and endearingly annoying. He even has a whole body Afro.  Which means he has a butt fro, and butt fros probably belong in The Bad Place.  Oh well.  Jim Carrey has his moments too, so if you've missed him here ya go.  Yay James.  Natasha Rothwell, feeling a little tied up, keeps it brief on screen for a short fun time!  I mean, it's Natasha Rothwell y'all, need more be said?

Ultimately, this film is not memorable.  It's a one and done, and probably never again.  All the running around is just bad on your knees.  Some where here lies a joke about Sonic not even being worthy of a Big Blu-ray.  Jim Carrey is doing way too much Carrey'ing on unfiltered and un-brokered.  The film needed more Crazy Karl, because the audience deserved more Crazy Karl, because come on guys it's Crazy Karl.  Tom has no real arch leaving him only necessary in a sequel to maybe scream "Saaaahhhh-Niiiiiiik!" as the kid rebels through Blue-berty or whatever him growing up is going to be called.

The writer's found a great way to incorporate dropping rings and running through rings into the film, but some how still drop the ball when it comes to exploring the possibilities of Sonic trying to survive in different worlds.  The opening animation scenes are the better film short-lived.  But the studio just had to live action it -- the equivalent of dipping your shrimp cocktail in ketchup.  So, instead,  Sonic just needs to survive in Montana and San Francisco.  Also, Natasha Rothwell being under used in films should legally be charged as a hate crime.  Everything here feels more time barely wasted than time earned, even with lowered expectations.  This film just doesn't do enough to be good, just good enough.