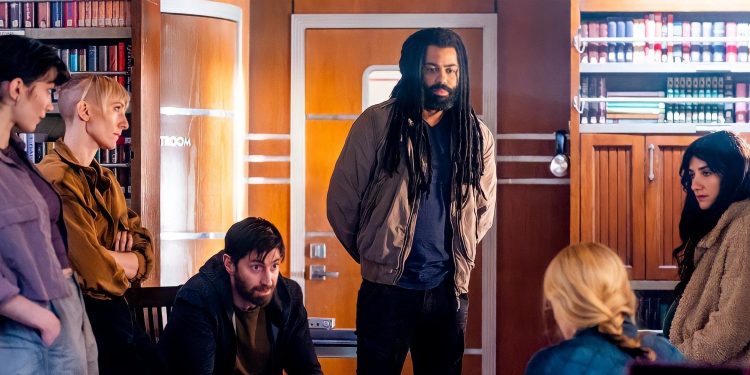 I don't know if Snowpiercer is a good show. I don't. There are things this show does that are annoying and feel like poor writing. However, after the last 2 years of living with COVID and seeing just how dumb people are in real life, the problem with Snowpiercer might be it's hitting too close to home. Either way, it's Season 3 and we're here for the mess.

It seems like every season we start off saying the same thing: Andre Layton is stupid and should not be in charge. And the first 4 episodes of this season seem to back this up. Whether it's intentional or not, the Snowpiercer TV show really shows what happens when the wrong people assume leadership while ignoring far more capable people around them. Looking at some of the themes that are popping up this season, we have to believe it's intentional. Especially after episode 4. Alex realizing that she's an extremely capable and gifted engineer on her own who doesn't need Wilford. That plays great against the backdrop of Layton and the inner circle making the same mistakes again and lying to the train (Thereby taking a page out of Wilford's book) instead of just being honest. In what feels like something that's pulled straight out of what we've been dealing with in reality for the last 2 years, Snowpiercer shows what happens when a) the wrong people are in charge b) the people in charge think so little of the people that trust them, that they lie instead of trying to explain the truth. We know this is all going to come crashing down. There's so many reasons.

This is going to go bad and we can't wait to see the chaos. Also, Osweiller? Your dick is not your friend. Clearly because you're now married to the serial killer that used to cut men's dicks off. Good luck man.

We'll be back around episode 7 to talk about the next three episodes.