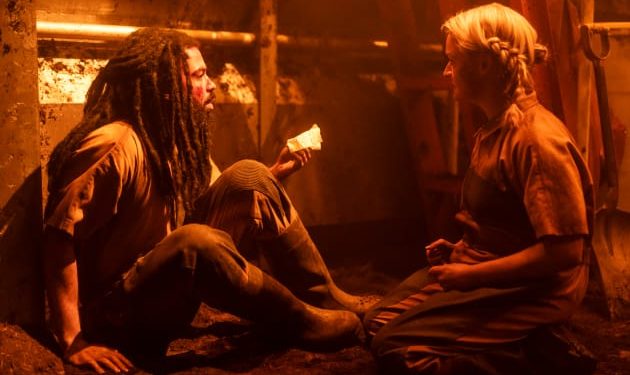 Everyone out there has something that is widely accepted as bad and not good that they like. You know that show or movie you can't defend as being "good" but nonetheless you can't help but watch it. In a way. Snowpiercer is what we (Kriss & Ro) consider their "trashy TV". Is it good? Probably not. But it's also very very entertaining and well, who is going to turn away from the (no pun intended) train wreck.

To be fair, Snowpiercer isn't really a bad show by any stretch of the imagination. However, by the end of season 2 we can't help but some things were rushed and handled poorly which would have made this show much better. I don't know if COVID affected the end of season 2 of Snowpiercer or not. We've seen this happen before with The Flash. But this is a season that felt like we should have either ended at episode 8 or gone a full 13 episodes. The last two episodes feel like they rushed through some of the set up for the very end. After seeing Wilford take over the train and see all the support he had on Snowpiercer, it seemed a bit odd we didn't get more of the other side and those on Big Alice that support Layton. Because he got back across the border way too easy after he escaped the swamp. Also the stuff with Audrey was a big miss and disappointment. If you're going to do a storyline with a female abuse victim being manipulated back to being under the spell of her abuser, you have to treat that way more delicately than this season did.

Overall, we did find this season entertaining but we do think it's time for the show to make a decision as to whether it's trying to live in the shadow of the movie and have a story that leads to that. Or if it wants to blaze its own trail. Right now it feels the show is being hampered by the indecision of what the show wants to be. We hope that next season gets back on track and doesn't lose sight of things (like the Tail).