Marvel is on a casting confirmation roll right now for their Luke Cage Netflix series.  They've now confirmed what many of been hoping for, Misty Knight will finally be making her live action debut. 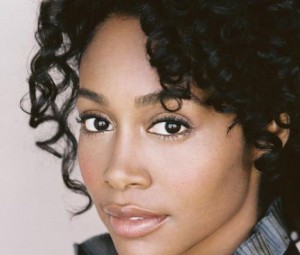 Simone Missick (“Ray Donovan”) has joined the cast to play popular character Misty Knight, a Harlem police detective who is determined to learn the truth about Luke Cage.

“We know fans have waited years to see Misty Knight brought to life, so we had to find the right actress,” said Executive Producer/Marvel's Head of TV Jeph Loeb. “Simone blew us away with her performance as the strong-willed cop on a mission.” SOURCE

Luke Cage is going to be the show we've been waiting for. There's been a lot of talk about diversity and Marvel seems to be be making sure to highlight the casting they're doing for this show. A lot of folks thought we would have to wait until 2018 with Black Panther to see some significant roles for black women in the Marvel Universe but that wait is almost over. I'm glad Marvel is sticking to their plan. I remember seeing a lot of people saying they thought Marvel should bring Misty Knight to Agents of SHIELD and while I love that show, I thought Misty deserved better.By putting her in the Netflix series, that brings us closer to seeing her sooner on the big screen in the Marvel Cinematic Universe.

We actually talked about this on last night's Character Corner (which will be up later today), but I'm confident that Marvel will give Misty the respect she deserves. One of my hopes is that she appears in not only Luke Cage but also in Iron Fist (Kinda like how Luke Cage will be in Jessica Jones) and that eventually she will also making the Defenders mini-series. She's the first major black female character Marvel has retained rights to making a live action debut and I can't wait.