The Silent Twins’ artfulness gets undermine by a lack of grounding 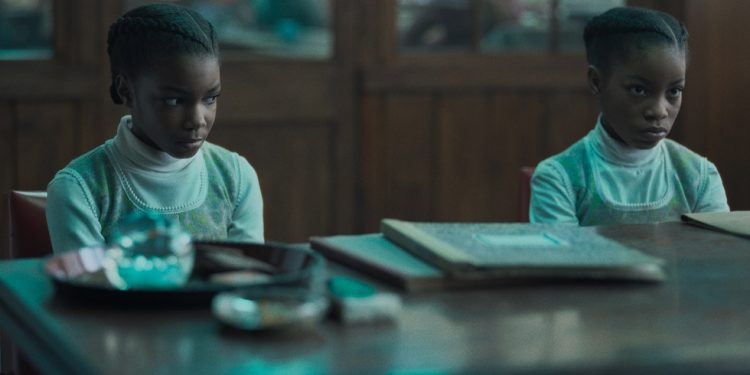 "The Silent Twins” follows the harrowing true story of identical twin sisters Jennifer of June Gibbons. The daughters of immigrants who moved to the United Kingdom from Barbados, with their parents, in the early 1960s. After a series of moves related to their father’s work, the family settled in Haverfordwest, Wales in 1974. Labeled the Silent Twins for their repeated refusal to speak or read at school or socially engage with anyone but each other, Jennifer and June fell prey to machinations of a system with little room for the idiosyncratic, especially the foreign born. And after repeated trauma-inducing attempts to force them to speak and conform, by psychologists attached to the school administration, both girls were labeled mentally disturbed. In their late teens, a petty crime spree lands the girls in police custody. In lieu of being sentenced like ordinary mischievous kids, a judge confines the Gibbons girls to Broadmoor Hospital, a high security psychiatric facility indefinitely. “The Silent Twins” attempts to pull the reader into the world of the Gibbons sisters and bring their intensely creative drive into sharper focus and convey their actions as those of misunderstood eccentrics.

“If you were telling your story, through me, how would you want it to begin?...”

Telling someone else’s story is tricky; especially if the world’s already decided what’s important to know about that person. So deciding to shun the standard method, a biopic, and go the route of an outsider art film inspired by their life-altering experiences, is a bold move. One that for director Agnieszka Smoczynska’s first English language feature film, is wildly successful emotionally and visually but woefully hampered by its script limitations.

Smoczynska’s film begins with the elementary age sisters' voices reading the opening credits as though they’re radio disc jockeys. It’s a bright, fanciful introduction awash with color and the girls’ infectious laughter. Only for a knock at the door to abruptly shift everything to a shot of the twins (played with remarkable facility of emotion by Leah Mondesir-Simmonds and Eva-Arianna Baxter) sitting at a bench, facing a wall, with their heads bowed. A side view reveals the duo clenching their hands and one sister shooting a look at the other as though commanding her to remain quiet until their mother leaves the doorway. What follows is a quietly disturbing portrayal of these young girls being ostracized on top of being bullied just for being the only Black children in the community. Mondesir-Simmonds and Eva-Arianna Baxter have an increasingly heartbreaking symmetry that conveys more than any amount of dialogue could ever pull off. The duo imbue their performances with a hefty emotion and disturbing edge that’s riveting to witness.

Unfortunately, “The Silent Twins” has a serious order of operations problem. Just as you're fully invested in experiencing all this upheaval and increasingly cruel attempts to force the girls out of their shell, the story shifts to Jennifer and June in their late teens. And this here's when it becomes painfully apparent Screenwriter Andrea Siegel’s script is inadequate, glaringly so. Because this is less a biopic and more a biographical art film based on Marjorie Wallace’s novel by the same name and the diaries and other writings of the twins themselves, the onus is on Seigel to ground every flight of fancy and internal exploration with its external counterpart.

We follow the teens journey into creative endeavors, and puberty, but with little wrestling with the events of their childhood in the mix. It dismantles a significant amount of the personality profile being revealed to this point. In fact, I'd go so far as to say that not incorporating those moments from their point of view strengthens the arguments made implicitly and by the end overtly that something is mentally "off" with Jennifer and June. 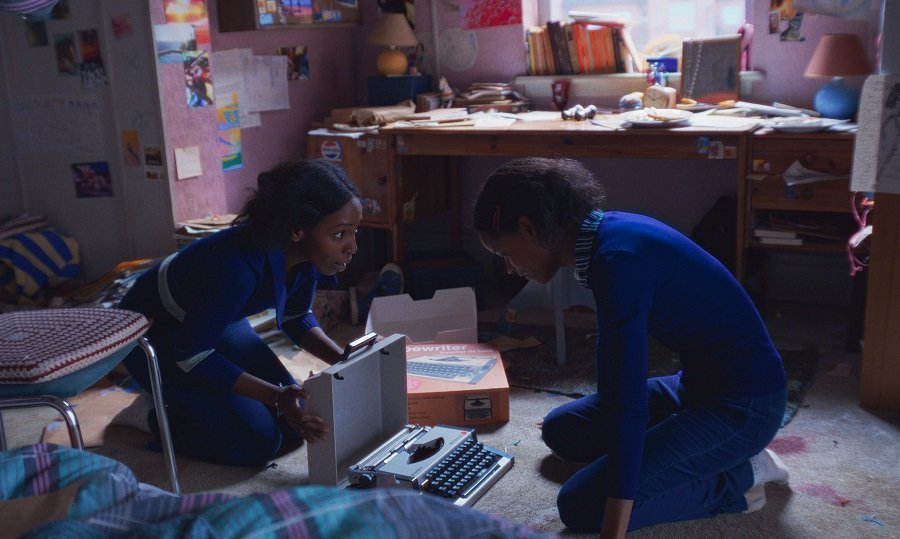 "The Silent Twins" never really explores the relationship dynamics within the family. It’s the first, and most persistent, missing link in a film designed to encourage viewers to look to the twins themselves to understand their motives rather than accept the inferences and determinations of outsiders in their stead. This story fails to orient the family in the community to contextualize the girls’ experiences outside the home in a way that adequately builds on the devastatingly effective imagery of them being shunned and bullied in school. The audience needs to know they weren’t subjected to more of the same at home. Instead Siegel offers up seemingly passive and ineffective parents, and later on a semi-explosive encounter with a sibling. It’s not nearly enough to counterbalance the time spent focusing on the girl's experience in the hands of white people who made zero attempt to meet them where they are in order to help them. We didn't need less of this outsider view. We need more of Jennifer and June in the aftermath of these encounters. We needed to know what impact this had on their family as a whole.

Siegel sacrificed too many foundational pieces in her drive to keep the plot design centered on the twins’ internal perspective. The viewer needs to know that the girls weren't speaking a made up language. That the white adults never bothered to find out they were speaking sped-up Bajan Creole which is why it was difficult to understand them. There was a rational reason for their increasing reserve and eventual decision to refuse to engage. An excessive amount of time is spent showing what the inherent racism in this system led them to be subjected to.

But there's no overt acknowledgement, ever, that its bias and xenophobia at play. Without this necessary grounding, their struggle to survive in Broadmoor feels too disjointed and glossed over. It exposes the limitations of an outsider’s understanding of the complicated byplay of societal, familial, and the interpersonal when shaping contemporary stories that center Black people, especially when it's real people. Ones that, Smoczynska’s commitment to showcasing the peculiarity of the girls' outward behavior juxtaposed with the vividness of their insulated world can't overcome. Even if her approach does make for an oddly engaging and constantly unsettling watch.

The effect is a restless, ungrounded feeling that stalks the entire later half of the movie. As though a herd of elephants keep stampeding through the room that no one's talking about. So despite the fact teenage Jennifer and June, portrayed Letitia Wright and Tamara Lawrence, speak aloud and interact outside the home far more than their younger counterparts, that strangely compelling symmetry between the duo is lost. And so too is the oddly captivating chemistry building as time passed and the girls withdrew further and further from the world. Outside the manifestations of their imaginings and exceptional integration of their actual writings and stories into the narrative, Wright and Lawrence never match the energy or warrant the same investment as their younger selves. They feel more like artful set pieces rather than the focus of the narrative.  Issues like racism, wrongful incarceration, therapy that amounts to abuse and boarders on torture can't be treated as just one more piece to a puzzle if the edges of the picture haven't been snapped in place to hold it all together. Smoczynska’s skill at guiding the eye and capturing the moment can only take this story so far.

THE SILENT TWINS - "Kiin" Short Film - Only in Theaters Friday

Kiin: A short film by Fenn O'Meally, written by Letitia Wright and Tamara Lawrance in celebration of Agnieszka Smoczyńska's The Silent Twins. THE SILENT TWINS is the astounding true story of twin sisters who only communicated with one another. As a result, they created a rich, fascinating world to escape the reality of their own lives.