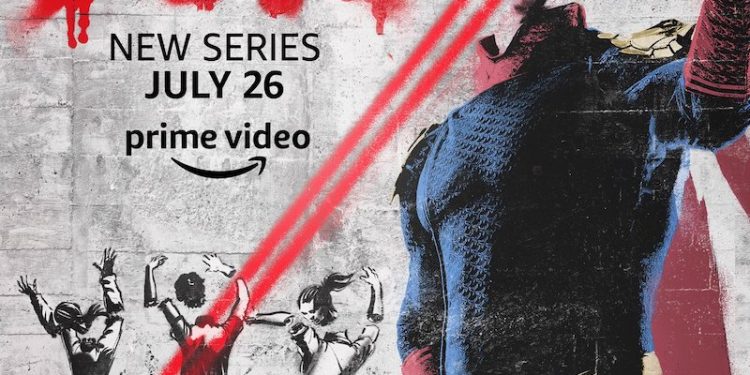 Don’t worry, I promise that reading this review won’t end up with the FBI at your door and you facing felony charges. For the last few months its been a running joke on the podcast: Don’t talk about The Boys. Hell, we were openly skeptical of why Amazon would even choose such a raunchy, problematic (and yet fascinating) comic out of all comics to make into a live action series. If you’ve ever read this series from Garth Ennis then you know that it doesn’t take long into the first issue to realize you may of made a huge mistake and that what you’re reading is probably illegal in about 20 states. Yet, like that terrible rendition of the national anthem Fergie did at the 2018 All-Star game, you just can’t look away from the train wreck. Thankfully, Amazon’s The Boys finds a way to balance the over-the-top edginess and raunchiness with more modern sensibilities, character depth and a more streamlined message and story.

Amazon’s The Boys is a great example of how to take a problematic property and not only adapt it for live action but also improve on it so that it meets the spirit of what its creator was going for without the most problematic elements. The Boys comic was a product of it’s time (early 2000’s) and it’s clear that executive producers Seth Rogen and Evan Goldberg as well as producer Eric Kripke realized the issues and worked to keep the spirit of Garth Ennis’ work while updating it so the messages aren't lost by shock value.

For those unfamiliar with The Boys, here’s a brief synopsis: In a world where superheroes exist, those with superpowers are treated like celebrities. The company Vought, has commoditized the Superhero turning them into products to sell to the government as weapons and to the everyday person as a God. But what happens when the cameras aren’t on and the façade drops? How do you seek justice against a God? That’s where Billy Butcher and his ragtag team come in. But there’s a thin line between good and bad and seeking justice and revenge. 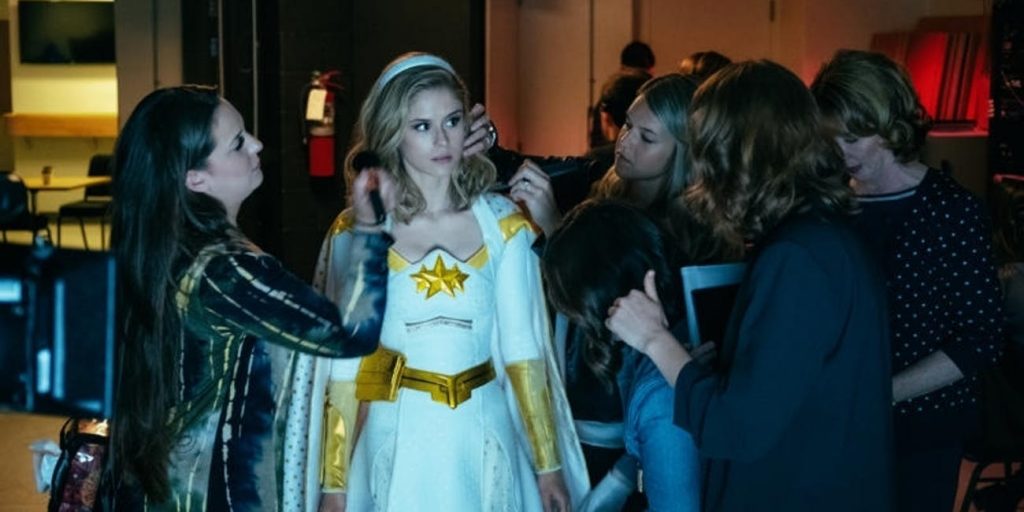 There are several changes that the series makes from the comic that make for a big improvement and better story. The biggest being that of Annie aka Starlight. Garth Ennis once said that he felt bad for what he had put the character through and it was that reason that lead him to evolve the relationship between Annie and Hughie. Even with that, Annie is still a bit of a hollow character. The tv series course corrects by empowering the character and giving her agency that is just not present in the comic. Starlight is the newest member of The Seven (Clearly an analogue for The Justice League). While the other members of the team are jaded, corrupt, evil and pathetic, the show sets Annie up to be the beacon of light (Not subtle considering her powers) and the true meaning of what a superhero should be. This doesn’t mean that Annie isn’t put through some pretty terrible things (those who have read the comic will know what this means). But it does mean that the character is given an opportunity to evolve beyond those moments and not be defined by them. And it's not just her. The show handles female characters much better than the comics and it's refreshing to see that the producers and writers of this show were self aware enough to need to make improvements. 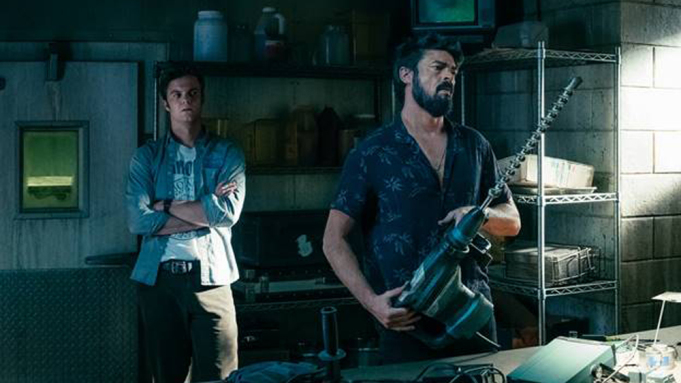 Another character that sees change is that of Billy Butcher, played by Karl Urban. The series makes it very clear in this first season that Billy is anything but a hero. The audience quickly realizes that Billy is more Captain Ahab than righteous (albeit crazy) vigilante ala the Punisher. This is an important change and one thing that more responsible film and tv makers have been doing: Don’t romanticize bad people. By not romanticizing Butcher, the show also allows the other members of Butcher’s team (Mother’s Milk, Frenchie, The Female and Hughie) to be better developed as characters in their own right. 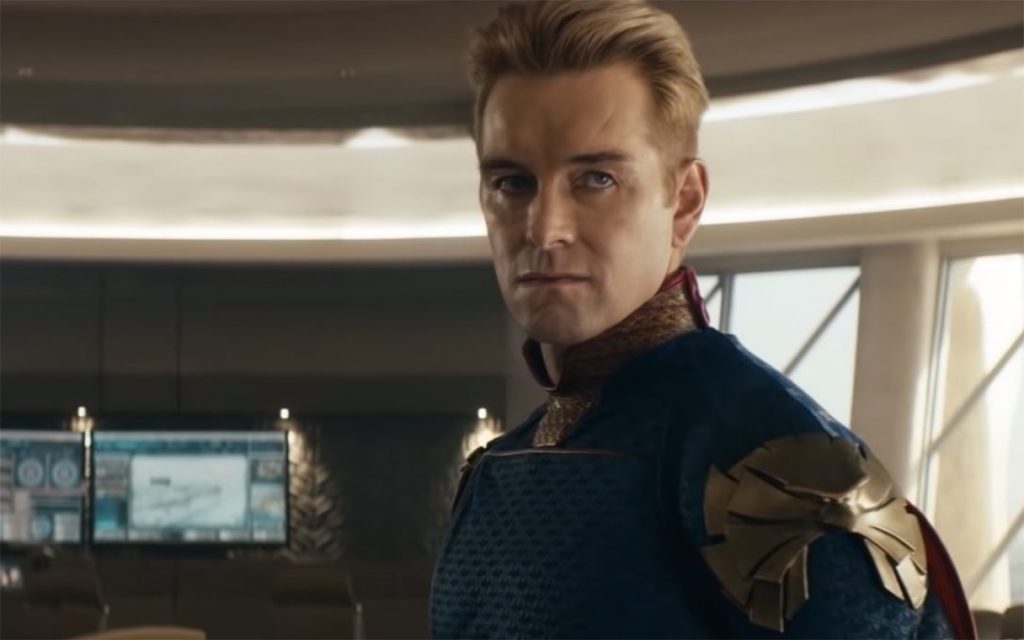 Now don’t let these changes fool you. The Boys is still violent, over-the-top and graphic piece of work. It is DEFINITELY not kid safe. Antony Starr’s Homelander pulls off the “what if Superman was raised to be evil” better than Brightburn. Hell, the entirity of The Seven, does the whole riff on the Justice League better than Brightburn and a lot of other poor attempts at “darker” superheroes *cough* Snyderverse*cough*. And yet the show also has moments where you see that these characters with the powers of the Gods are just as broken as some of the non-powered humans they look down upon. The overall theme for this first season is that everyone is broken and that how a person confronts their own pain speaks to their character. They can either confront it and use it as motivation to stay on their path of righteousness or they can bury it deep until it consumes the in rage.

Amazon’s overall strategy when it comes to original shows isn't given enough credit for the quality being put out. Hanna, Good Omens, Jack Ryan and now The Boys are just a few examples of the quality Amazon Prime Video is putting out. Amazon is proving with these shows that less is more by making seasons of only 6-8 episodes but making each episode at least 60+ minutes. When its all said and done, this means the viewer isn’t getting short changed on a season (your typical “hour long” network tv show is really only about 42 minutes when you add in commercial). And because the season is shot all at once and is shorter, they seem to be getting top talent to hop onto these projects. It’s not a bad strategy and at least in terms of quality, it's paying off.

Season 1 of The Boys is surprisingly nuanced, well made, well acted and does the source justice. It was announced right before the word premiere at San Diego Comic-Con that the show is already renewed for season 2 and with the way the first season ends, that’s great to hear (Season 1’s ending is a shocking cliff hanger). The show is well worth checking out but remember: It is definitely not for kids.

Amazon's The Boys premieres on Prime Video on July 26th.

Premium members, look for our spoiler review to drop next Monday