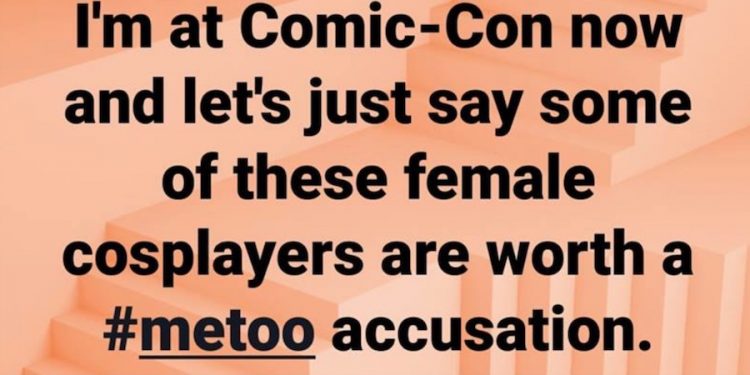 On Friday, Black comedian/writer and Comic-Con attendee, Rubyn Warren, wrote on his Facebook page that he would be willing "brave" a #MeToo accusation for the chance at some of the woman cosplayers walking around the convention floor.

A screenshot of his comment went viral, prompting women to be careful as they walked the convention floor.

If yall are at #SDCC #SDCC2018 #SDCC18 please be careful. Some of these people are looking to hurt women for entertainment. Please RT and save someone pic.twitter.com/fN3Ky8RouB 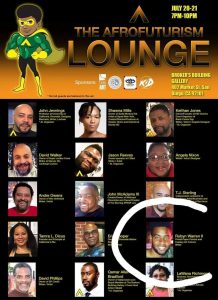 Warren's picture is on the flyer as a featured artist.

This was further compounded by the fact that Warren is a featured guest at the AfroFuturism Lounge, an event at SDCC designed to bring together Black creatives. (The event did not respond to inquiries on its Facebook page as to why Warren wasn't removed from the event or to our request for comment.)

Unfortunately, while cosplayers are leading the discussion on consent, there still seems to be a mentality that wearing costumes that are revealing or sexy is an open invitation for touching and groping. As we continue to make places like Comic Con safe spaces for expression of the things we are passionate about, it's also important that we make them physically safe so that attendees can express themselves without fear of being harassed. As a Black creative, it's doubly important that we try to break down people's barriers to access rather than making them less likely to participate. Cosplay is not consent, and jokes about #MeToo belittle the real courage it takes for people to speak up. If Warren is truly a comedian, this joke fell flat.