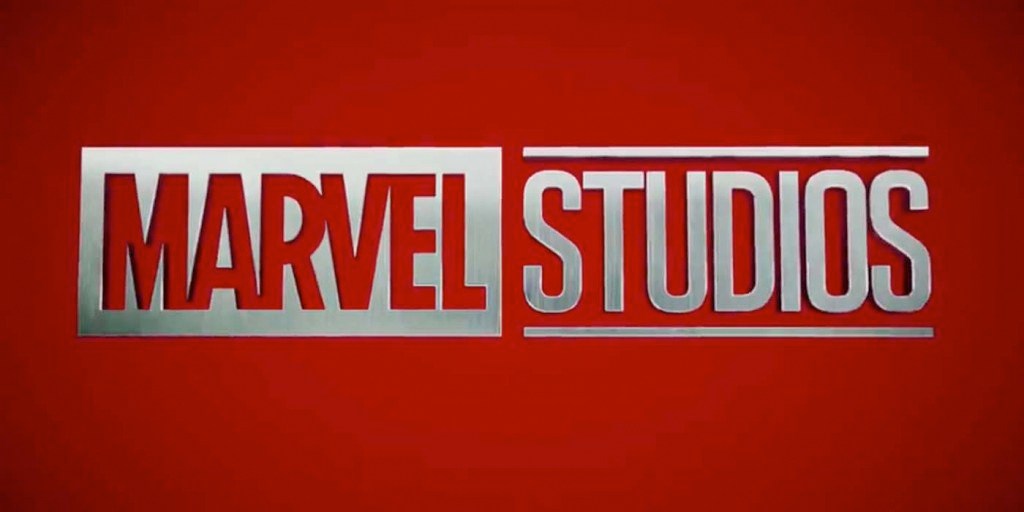 Before I go too far into this post I want to stress how good the Warner Brothers DC Movie presentation was. It was great. Sure, I wasn’t overly thrilled about the Justice League teaser but part of that is still the sour taste of Batman v Superman. At the very least I didn’t feel any worse and they sandwiched that teaser in between two very good presentations for Wonder Woman and Suicide Squad. WB did what they set out to do.

I wanted to lead with that because I don’t want to be accused of “MCU bias” when I say that Marvel wiped the floor with Warner Brothers this year in Hall H. It wasn’t even close. It was a blood bath. It’s not Warner Brohters or DC’s fault either. Kevin Feige has turned Marvel Studios into a such a well-oiled machine that they know exactly what needs to be done to give their fans what they wanted.

Marvel skipped a Hall H presentation at San Diego Comic-Con last year. Kevin Feige said that the reason for that is because when Marvel presents in Hall H, they want to make sure they’re bringing their A-Game. And that’s exactly what they did this year. From surprise casting news, tons of footage and concept art to a really cool smoke and light show, Marvel didn't hold anything back.

It all started with their new logo. Every time Marvel is feeling themselves, they debut a new logo. The new logo and fanfare allows them to separate themselves from any Marvel film franchise put out by another studio. The new logo clearly states Marvel Studios and the fanfare includes images and characters directly from their movies. This was in essence Marvel marking their territory. 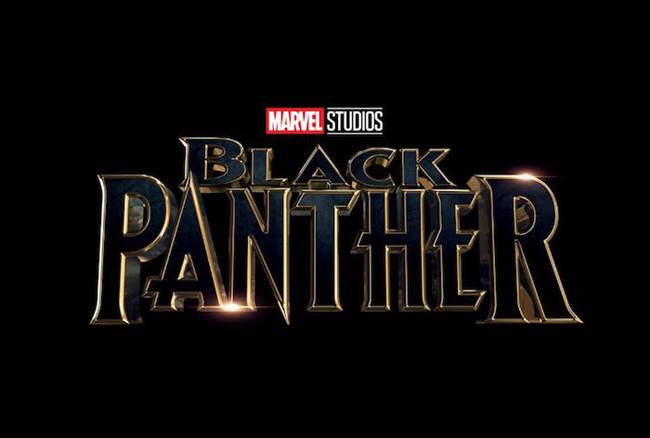 We knew that there would be some news about Black Panther at this panel. The film doesn’t shoot until early next year, so footage was definitely out of the question. But Chadwick Boseman was doing a signing earlier that day and we were all away that Ryan Coogler was around at the Con as well. So the question was, what would be announced? Well, Coogler made some of the rumored castings official: 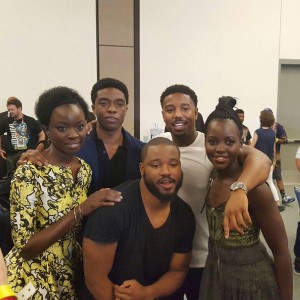 Up until now there were only rumors about who Marvel was looking at but now it is official and it’s glorious. We’ve heard about Lupita and Michael B Jordan but Dania being added was a wonderful surprise. I think it’s safe to say that this is one of Marvel’s most anticipated films over the next 2 years. I also think that all the talk about Marvel being “afraid” to do Black Panther has to be put to rest. They pursued some of the top talent in Hollywood for this project. Sure, it would have been great to see Ava DuVernay take on this film but Ryan Coogler is just as great of a pick. Casting-wise, this film has been perfect so far with Lupita, MBJ and Dania joining Chadwick. This is just the main cast and we have yet to see who they flesh it out with. Also, with Nakia, Killmonger and Okoye seemingly playing important roles, I think its safe to say this film will be set primarily in Wakanda and surrounding areas. This is very exciting and makes February 16th, 2018 already a Great Moment in Black History. 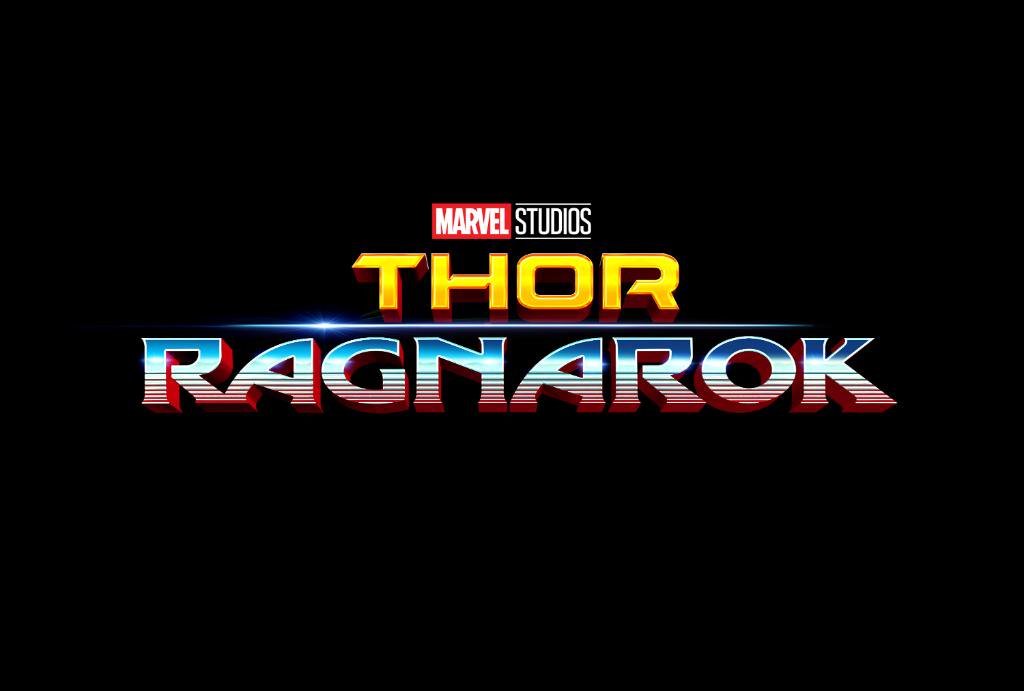 We then moved on to talking about the next Thor film. The Thor films have been the weakest of the MCU films so far and it looks as if Marvel is trying to change that. After a hilarious short film where Chris Hemsworth’s Thor was showing what he did during the time of Civil War, we got some concept art for what they’re looking to do with this film. Things that stood out:

Overall I think this will be the Thor film folks have been waiting for. All signs point to this not being set on Earth (and maybe not even visiting there) and to be full of the Thor-lore and mysticism that we’ve always wanted. 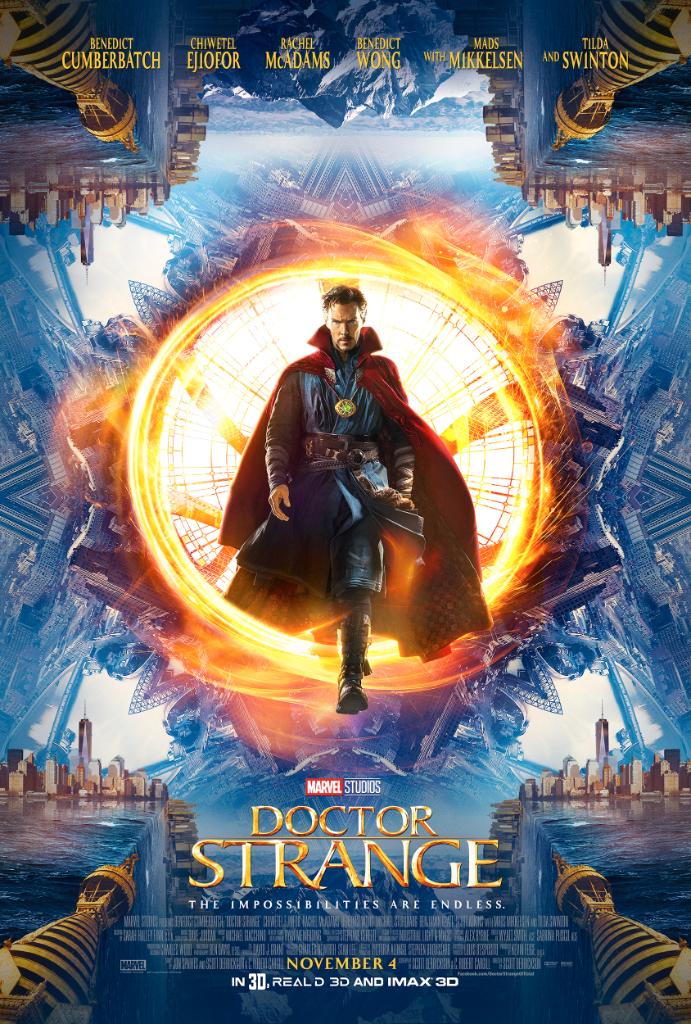 Two key things that were driven home by the cast before a clip from the film (and then a trailer) were shown:

Before the trailer we got an extended clip of Strange meeting the Ancient One for the first time. Again, seems to be Marvel trying to ease people’s concerns about appropriation. Much like the Justice League teaser, I don’t know that it will change anyone’s mind but I also don’t think it hurt them any. Outside of that, the trailer looks great and like the film will be a real head trip.  I should also point out that Michael Giacchino is the composer for this film. He also did the score for the new Marvel Studios fan fare. I believe his score is used in the new trailer because it sounds so distinct and reminds me of the work he did on the Star Trek films. It really adds to the "Inception" feel of the trailer.

Let’s take a moment to let it sink in that Peter Parker has really come home. It’s one thing to read interviews stating that Marvel has complete creative control over Spider-Man, it’s another to realize that for the first time the Spider-Man presentation wasn’t done by Sony but by Marvel Studios. Sony still retains the rights but they have realized that it’s in their best interest if they only see Peter Parker every other weekend and let Marvel Studios basically have full custody. It will be interesting seeing how this plays out legally as things move on.

Once again I need to point out how strategic Marvel is. Doctor Strange is definitely a dicey situation for them with the whitewashing and appropriation engrained in the character. So how does Marvel follow that up? With what is probably their most diverse cast yet with Spider-Man Homecoming. Tom Holland Jon Watts were the only two white people on stage for Spider-Man Homecoming. The rest of the cast included Jacob Batalon, Zendaya, Tony Revolori and Laura Harrier. I can’t overstate how important this is. For a film set in New York, particularly a New York High School, its very important to see a diverse cast that actually looks like New York.

For those who still ask why they are “rebooting” Spider-Man again and “Haven’t we had enough of Peter Parker”, I think what was presented here finally puts the nail in that coffin. We’ve never had a Peter Parker Spider-Man film like this. Ever. Jon Watts says this movie is a high school movie and that’s exactly what it looks like. Since they’re literally in the middle of shooting this film, the footage basically focused on a “Day in the life of Peter Parker” as he goes through his day at Midtown High. That’s when you realize we really haven’t seen this kind of Spider-Man film. And not to just leave it at just being about High School kids, we got a quick glimpse of Vulture in action. It was basically the same look from the concept art just in motion and more terrifying.  The worst kept secret right now is that Michael Keaton will be playing the Vulture. He’s confirmed for the cast but Marvel won’t confirm his role but…yeah.

I’ll keep this short. Guardians of the Galaxy Vol 2 will be just as awesome as the first film. Baby Groot plush toys will break records. The humor will top the first film. Kurt Russell as EGO the Living Planet and Star Lords father. Pom Klementieff will play Mantis. Elizabeth Debicki will play Ayesha. Sylvester Stallone is in the film. Yondu gets a proper fin. Yeah it’s more of the same and I’m here for it. You can find full descriptions of the “breakout” scene with Rocket, Yondu & Baby Groot online as well as the description of the trailer. Gunn says that they haven’t released it yet because it’s still in the early stages and they’re not done with the effects but let me tell you, even at this point, it looks good. 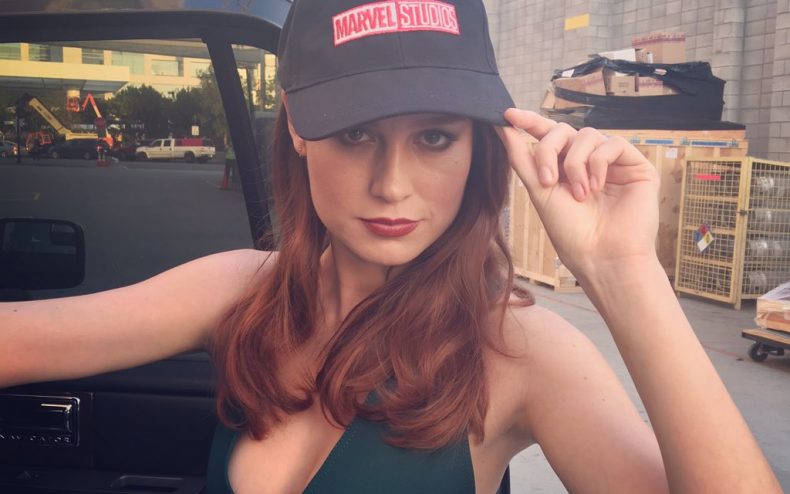 The entire presentation ended with Chris Hardwick wanting to take a picture with all the cast members from all the movies talked about at the panel. Kevin Feige said that if they were going to do that, then they should really bring out ALL the cast. And that’s when he officially introduced Brie Larson as Carol Danvers, aka Captain Marvel.  Captain Marvel isn’t due out until 2019 so I think its safe to say with them announcing Larson this early that we can bet we will see her character in an MCU film long before that. The next Avengers film is a safe bet as to when we see her but who knows, maybe before then…