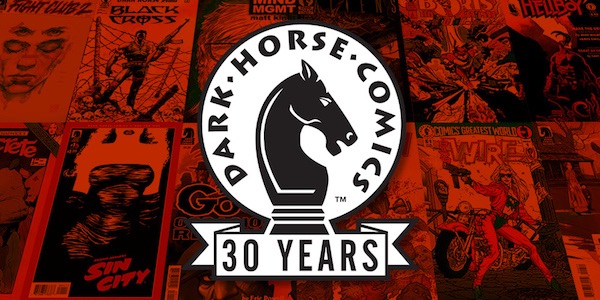 This year Dark Horse Comics is celebrating its 30th anniversary and they're bringing all their heavy hitters to San Diego Comic Con to wow their fans. Highlights from their schedule include:

Dark Horse will also be presenting two major panels. CONVERSATIONS WITH JOSS WHEDON in Hall H on Friday and their 30TH ANNIVERSARY OF DARK HORSE panel in Room 7AB on Saturday.

Fans of this publishing house will have plenty to enjoy at this year's convention. For a full list of Dark Horse's SDCC events click here.