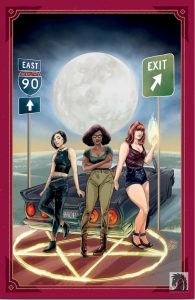 If you haven't caught up on Dark Horse's Spell on Wheels, you're lucky because we got a chance to catch up with its writer, Kate Leth, and colorist, Marissa Louise at San Diego Comic-Con last week. The book just released volume 1, which collects issues 1-5 of this spellbinding comic.

Spell on Wheels is often described as Charmed meets Supernatural for its combination of witchcraft and road-trip antics but the comparison isn't just hyperbole. Leth, Louise and artist, Megan Levens roll out a story that unfolds like episodes of a television show. The book follows three witches, Jolene, Claire and Andy, as they embark on a roadtrip to retrieve their stolen magical artifacts. 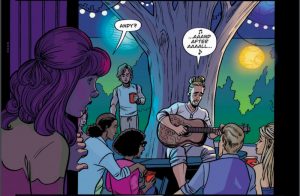 No pretentious party is complete without Wonderwall

Filled with visual and written gags, creepy adventure and a diverse cast, Spell on Wheels, takes us around the country as the three witches meet up magic beings, good and bad as they try to track down the thief and who hired him. Little touches, like a douchey guy singing Wonderwall at a party, bring life and levity to the story. There are also sweet surprises when characters turn out to be allies rather than enemies. Volume one is loaded with nuggets of character info that will leave you anticipating volume two. Leth and Louise let us know that they are ready with tons more stories and adventures for  Jo, Claire and Andy once they get the greenlight. Make sure you pick up volume one so you're prepared for the next roadtrip. 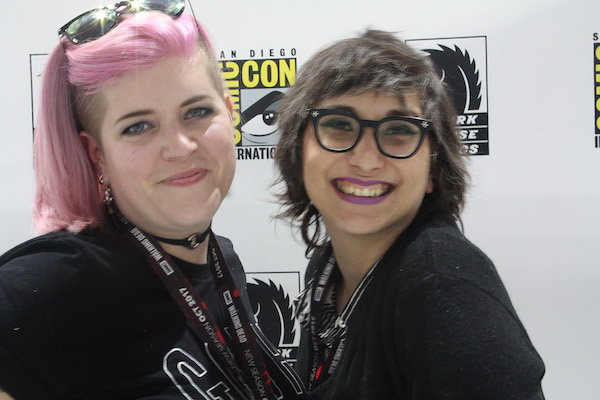