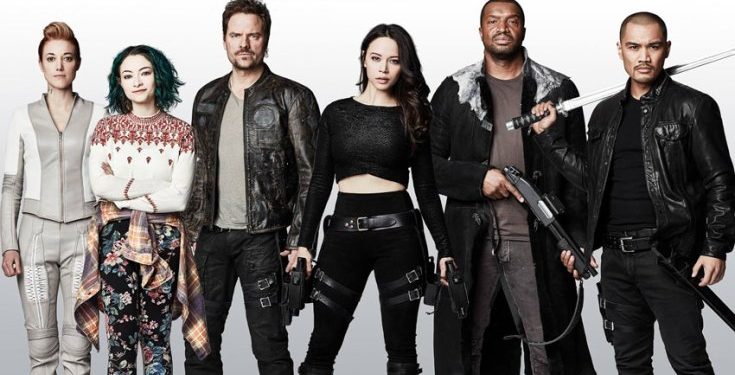 Dark Matter is one of the best shows on TV that no one is talking about. With all the talk about the upcoming Star Trek Discovery, it’s nice to remember there are current space-based Sci-Fi shows out here. Dark Matter along with The Expanse are two shows that are really carrying the torch left by shows like Battlestar Galactica, Star Trek, Firefly and more.

Dark Matter is based off a 2012 comic book by Joseph Mallozzi and Paul Mullie, it got picked up by SyFy in 2014. What makes Dark Matter such an intriguing show is that the “heroes” aren’t really heroes at all. These six individuals wake up with no memories of their past aboard a ship called the Raza. We later find out they’re feared and wanted mercenaries. The last 2 ½ seasons has been full of twists and turns as the crew finds out more about their pasts, tries to change their futures and struggles with figuring out who they actually are.

Dark Matter is full of twists and turns each episode. We have the grounded things like the struggle for each character to figure out who they are but then we get super sci-fi concepts like the prototype "blink" drive the Raza uses (when it works),  androids that behave like humans, multiple dimensions and now there's even a character brought back from the dead who is living inside of a computer. There's literally something for everyone on this show and the writing is always tight. If there's something that doesn't make sense or it seems like the writers are slipping, you can best believe its on purpose and it will come back at a later date.

Halfway through the third season, the cast of Dark Matter was at SDCC and we talk to them about some of their characters. In the first video, Melissa O’Neil explains what it’s like to play multiple versions of herself. While we’ve seen O’Neil play her character both before and after getting her memories, this season she’s also playing a version of her character that is from an alternate dimension.

One of the best episodes this season was episode 4, All the Time in the World. In that episode, Anthony Lemke’s character, Three, is stuck in a time loop. Add in an assassin who can phase through walls and it’s a pretty crazy (but good) episode. Lemke & Jodelle Ferland talk about both the fun and difficulty in shooting that episode.

We’ll have more videos and interviews from the cast coming soon. Alex Mallari Jr talks about the turn of his character from a member of the crew to an enemy and we ask all of the cast to tell us what they think the biggest twist so far this season has been.

You can catch Dark Matter on Fridays on the SyFy channel at 9 pm est. 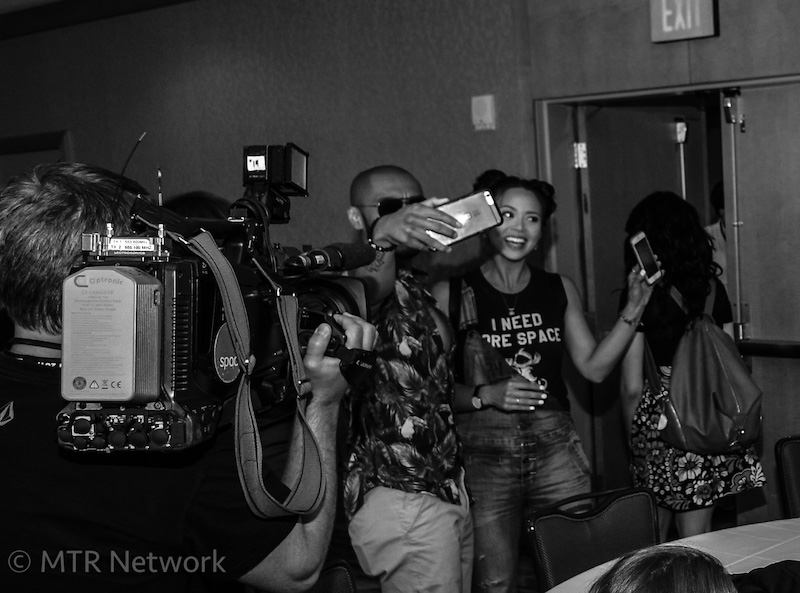