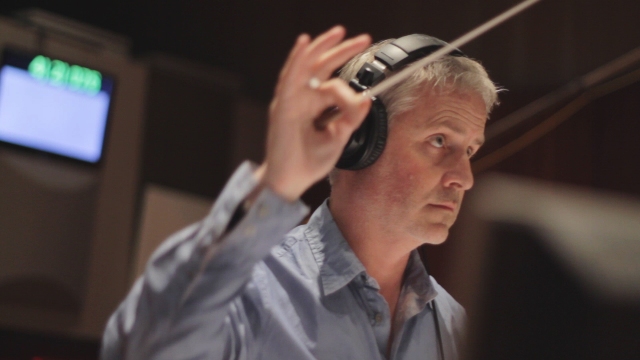 Composer Blake Neely talks about working on both Arrow and The Flash and the challenges of composing for two characters in the same TV Universe but with distinct tones and personalities.  The first season of The Flash premieres this Tuesday at 8 pm on CW and Arrow returns for it's third season this Wednesday at 8 on the CW.  We also know we won't have to wait long to see the two link up with a crossover episode(s) planned for the 8th episode of both shows.  Can't wait.

*The scene from The Flash that's thrown in near the beginning is because I needed something to fill the gap because during filming I forgot to change out the camera battery and I lost about 20 seconds trying to change out the battery (rookie mistakes I know).