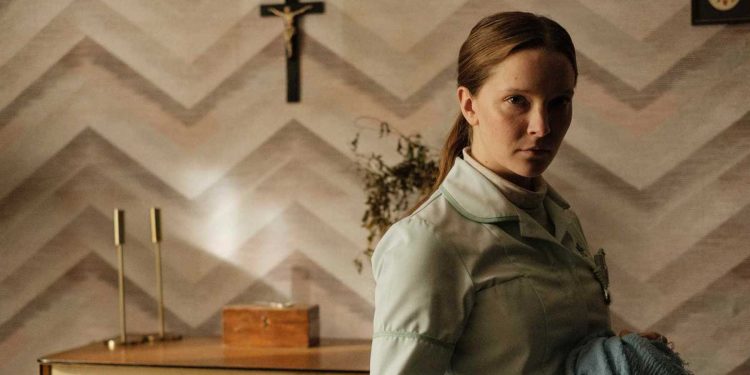 Kriss, Ro and yes, even Brandon get together to discuss the A24 film, Saint Maud. This film is listed as a horror film but it's really more of a drama/thriller. It does have some body horror in it but it's really more about how the lead character has become completely devoted to her faith to the point of being delusional.

One of the best things this film does is that it doesn't overstay it's welcome. This film gets in then gets out and doesn't try to do too much. It has a simple story to tell about how one can become very dangerous when they project their own insecurities and issues onto others with religion and it tells it well.

This film is definitely not for everyone. But for those looking for a quick film that dives into issues that we see affect us today with deadly consequence, its worth checking out.